Austin’s Weikum: Standards are good, but it may be fun to ‘go rogue’ once a month

OWATONNA — There are piles of apples, oranges and bananas in the Owatonna High School cafeteria. The deep fryers are long gone from the kitchen. And the lunch trays of two students show how much has changed under Michelle Obama’s healthy school-lunch initiative.

Senior Ellie Boisen, 17, loaded a plate with a burrito in a whole-wheat tortilla, black beans, carrots, fruit salad, a banana and grapes. Her choices far exceeded the half-cup of fruits or vegetables required by the 2010 Healthy, Hunger-Free Kids Act.

A few tables away, sophomore Jaden Smith, 16, ate a burrito and the required half-cup of grapes, but he said school meals aren’t always satisfying. He noted that his carton of 1 percent milk tasted “really old.”

The Trump administration last week scaled back some Obama-era school lunch standards, a move supported by some Minnesota school nutrition directors but troubling for groups fighting childhood obesity. It was the opening salvo in a broader debate on a key part of the former first lady’s legacy: Do the rules lead to healthier kids and less childhood obesity? Or is the federal government meddling in decisions better left to parents and local school officials?

Congressional Republicans are working to erode the standards: A federal budget agreement passed last week called for softening the law, and a proposal by the conservative House Freedom Caucus would repeal more of it. A bill pending in the U.S. House, sponsored by Rep. Steve King, R-Iowa, would do just that.

“If kids aren’t eating the food and it’s ending up in the trash, they aren’t getting any nutrition — thus undermining the intent of the program,” Agriculture Secretary Sonny Perdue said last week as he announced the relaxation of rules for salt and whole-grain content in school meals.

Students in Owatonna have mixed views on how the rules affect what they eat.

The nutritious food at school, Boisen said, changed her overall eating habits. “I eat more fruits and vegetables,” she said. “I prefer to use them to fill me up.”

Smith likes cafeteria food, especially when there’s a sub sandwich option, he said, but he wants more. “When I get home I want to eat something greasy,” he said. That’s often “a chili burger or ramen. I can’t help it.”

Perdue signaled that a more extensive re-evaluation of the standards is coming. U.S. Sen. Pat Roberts, R-Kan., chairman of the Agriculture Committee, said that Monday’s move was just the beginning of changes.

Rep. Tim Walz, D-Minn., a former high-school teacher whose district includes Owatonna, said that the changes addressed concerns about flexibility that had been raised by Minnesota school officials. But “repealing [the law] in its entirety doesn’t make sense,” he said. “It’s irresponsible.”

Perdue’s move alarmed advocacy groups. “We would not lower standards for reading, writing and arithmetic just because students found them challenging subjects and we should not do it for school nutrition either,” said Howell Wechsler of the Alliance for a Healthier Generation, which works with schools to reduce obesity.

President Barack Obama signed the Healthy, Hunger-Free Kids Act on Dec. 13, 2010. It set new nutrition standards for schools, expanded the number of students eligible for free and reduced-price meals and provided $4.5 billion in funding over five years. Congress let the measure expire, but its rules remain in effect.

Most provisions took effect in the 2012-13 school year. They require that lunches include fat-free or low-fat milk, at least a half-cup of fruits or vegetables, and whole grains. The law also set limits on sodium and saturated fat and minimum and maximum calorie levels.

Perdue announced a three-year delay of new, lower sodium content and continuation of exemptions from the whole-grain requirement. Schools also will be able to serve 1 percent chocolate milk in the next school year.

Some Minnesota schools have struggled to meet sodium and whole-grain standards as they try to make meals healthier while ensuring students eat them. Many welcomed the changes, which were supported by the national and state branches of the School Nutrition Association. It represents school nutrition directors and companies that sell food to schools.

Julie Powers, president of the Minnesota chapter, said that the Healthy, Hunger-Free Kids Act increased costs to nutrition programs, and she endorsed the new easing of regulations. But she called the 2010 law well-intentioned.

“I don’t think we should throw the whole program out,” Powers said. 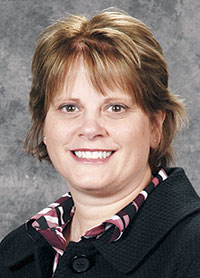 Mary Weikum, director of food and nutrition services for Austin Public Schools, wouldn’t want to return to the days before the 2010 law. Her schools meet nutrition standards in the 3,000 lunches they serve daily, but she was pleased that the more stringent sodium rules were postponed.

The Austin district set up a seasonings bar at the high school for alternatives to the taste boost that salt gives food. Fresh fruit, vegetable and salad bars were added to cafeterias.

But Weikum worries about waste. “At the high-school level I’ve seen kids take the apple and drop it in the trash before they even sit down,” Weikum said. “That’s a punch in the gut for us.”

Too many kids “feel that this healthy food is like a punishment, in a way,” she said. Her solution: “It would be nice if one day a week or one day a month we could go rogue.” A day without rules would make meals more fun, she said. She’d bring back the popular but now forbidden nacho chips with meat and cheese dip.

The district serves about 5,000 meals daily, including breakfast, and meets current standards. It obtained a waiver for just one food item, macaroni, that didn’t comply with whole-grain rules.

Lunch at the high school costs $2.60. The district’s nutrition budget is about $2.8 million, 52 percent of it from federal reimbursements, 42 percent from sales to students, and 6 percent from the state.

Valesano and Diley would welcome the end of the fruit and vegetable mandate. “We shouldn’t force kids,” Valesano said.

But she does not support repeal of the law. That would “bring back deep fryers, bring back doughnuts,” she said. “Think about what that would do to our health care costs as a nation.”

Jody Boisen, Ellie’s mom and a special education teacher, said that what students eat affects their ability to learn. Those who start their day with energy drinks end up napping in class or so revved up they can’t focus, she said.

Tom Vilsack, who was Obama’s secretary of agriculture when the law passed, called Perdue’s moves insubstantial and reassuring.

The Obama administration already had delayed imposition of stricter sodium standards, Vilsack said in an interview, and had a waiver process for schools having trouble meeting the whole-grain rules.

Perdue “did not indicate that it was his … grand plan to turn back or overturn” the nutrition standards, said Vilsack, now chief executive of the U.S. Dairy Export Council.

The percentage of U.S. children with obesity has more than tripled since the 1970s, the Centers for Disease Control and Prevention says.

That worries Juliana Cohen, who teaches health and nutrition at Massachusetts’ Merrimack College and Harvard University and has studied school lunches.

Daren Bakst, a research fellow in agriculture at the conservative Heritage Foundation, isn’t opposed to healthy meals, but he’s against what he called government “micromanaging of school meals.”

He thinks the law should be repealed. “If you give the power to the local communities, that is a pro-parent approach,” he said. “We need to put a stop to the assumption that [good policies] start with massive federal control.”

Vilsack doesn’t believe that the Trump administration would succeed if it tries to repeal Michelle Obama’s initiative. “People wouldn’t stand for it,” he said.
—Distributed by Tribune Content Agency.