ALBERT LEA — Permanent stop signs in the area where an 8-year-old Albert Lea girl was struck and killed last July will be put into place.

The Albert Lea City Council on Monday unanimously approved installing permanent stop signs at the intersection of Eighth Street and Frank Hall Drive, where Sophie Stultz was struck and killed July 2 after she collided with a vehicle while riding her bicycle.

Temporary stop signs were installed last October at all three intersections of Frank Hall Drive and Eighth Street. Staff observed the intersection during two-hour peaks in both the morning and afternoon on March 28 and March 30. Turn movements were documented, and stopping patterns were observed. 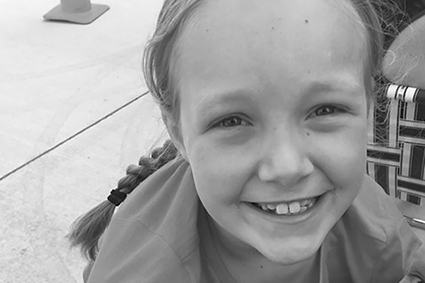 Permanent stop signs will be put in place at the intersection where 8-year-old Sophie Stultz died last summer after colliding with a vehicle while riding her bicycle. Photo provided

Prior to the vote, 2nd Ward Councilor Larry Baker said he corresponded with residents via email and in verbal communication in the two weeks since the council voted May 8 to gather public feedback before making a decision.

“All of the people that I have talked to are for leaving it just the way it is,” he said. “I didn’t hear anybody mention any negativity toward having those stop signs there.”

Albert Lea City Manager Chad Adams said a majority of vehicles only slowed to a rolling stop during staff observations. City staff believe the intersection will be safe with stop signs, he said.

April Jeppson, a friend of Sarah Stultz, the mother of Sophie Stultz, was thankful the council approved the measure.

“It was a hope that I had six months ago, and to see that it was unanimously voted on today, I think it’s wonderful, awesome,” she said.

“Coming up on Sophie’s one year, I am glad that this wrapped up, and it got taken care of, and that something good can come out of this and potentially help other people.”

In other action, the council:

Had a first reading on amending an ordinance to lift the city’s ban on Sunday sales. The council could lift the ban June 12.

Acknowledged Rose Creek-based contractor JD Driver LTD’s $1.78 million bid as the low bid for the building of the construction of an airport arrival and departure building. The bid was higher than the engineer’s estimate. Staff plan to review funding and options, and a recommendation is expected at a later date.

Authorized the sale of city property to the Minnesota Highway Safety Center.

Approved a lot reconfiguration after Jared Dawson submitted an application for an administrative survey to reconfigure the two southernmost parcels of land on the west side of the 1700 block of Keystone Drive. 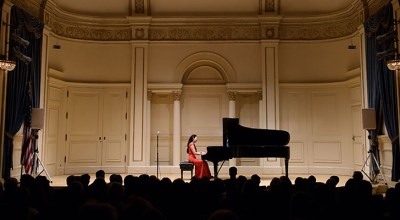