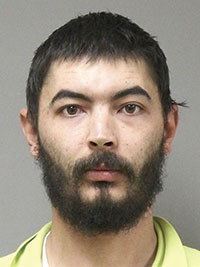 , pleaded guilty to criminal vehicular homicide. A second count of gross misdemeanor driving after cancellation is expected to be dismissed.

Brooks is scheduled to be sentenced at 8:30 a.m. July 12. He is expected to receive a sentence of more than 6 1/2 years in prison that will run concurrent with a nearly three-year prison sentence he received in October in Mower County for a probation violation in connection with a case of driving while intoxicated. He is expected to finish his sentence for the DWI in April 2018.

Court documents state Brooks had been drinking alcohol at a bonfire with eight other people and had reportedly been driving in doughnuts in the nearby pasture where Tapp was struck and killed.

Brooks admitted Wednesday to unintentionally striking Tapp with the vehicle and leaving the scene, knowing Tapp was either injured or killed before law enforcement could gather his information.

Brooks said Tapp was consuming alcohol the night of the death, and Brooks denied being intoxicated at the time of the crash. He described the sequence of events that led to the crash and said he did not see Tapp before the crash.

“I ran him over,” Brooks said.

Brooks said he initially thought he struck a log when Tapp was hit. He said he came to Tapp’s assistance and told people on scene to call 911. He reported that he asked for a helicopter and informed dispatch of the address where the house and pasture were. He admitted to going toward his father’s house on the property, past first responders, after the crash. He said he pointed first responders to the scene.

Brooks admitted entering the residence and sitting on a couch in the basement of the house. He said he was in shock and did not intend to hide from law enforcement. The house was reportedly less than one-fourth of a mile from the crash scene.

Brooks turned himself in to authorities the following day.