Austin woman charged with swindling school; Accused of taking money from 2014 to 2015 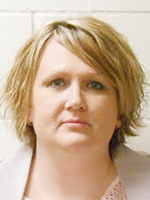 According to court documents, the stolen money had been given to the church and school from the Diocese of Winona, parish members of the church and families with children attending the school through offerings, donations and fees.

Court records allege the misappropriation took place from Aug. 30, 2013, through Feb.3, 2015, though there was some question as to whether it could have started as early as 2012.

McFarland administered payroll for all of the church employees; oversaw the health insurance, flex and pension benefits for all parish and school personnel; and counted contributions for the church.

In addition, she kept the books for the church and the school and sent financial reports to the Winona Diocese on a monthly basis.

Sentencing is scheduled for Sept. 29.

The Mower County board is behind a city of Austin plan aimed at boosting residential construction, but some county commissioners... read more