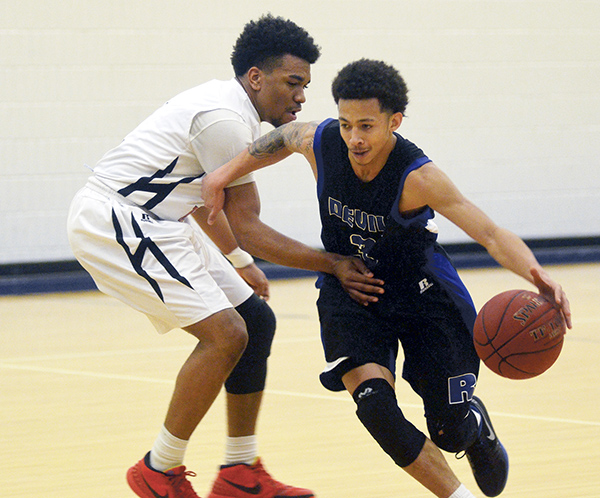 The Blue Devils were battered with injuries and they were undersized, but they never backed down against Rainy River.

Riverland Community College sophomore Marcus Myers was relentless down the stretch as he hit two game tying free throws at the end of regulation and he drove to the hoop for the game-winning shot to boost RCC past Rainy River 98-96 in overtime in Riverland Gym Saturday.

Myers, who is from Milwaukee Wis., has been battling a broken thumb since the second game of the season, but he still came up with a huge night. Myers finished with 34 points, seven rebounds and nine assists as he went 10-for-15 from the field, 9-for-9 from the free throw line and 5-for-9 on 3-pointers. 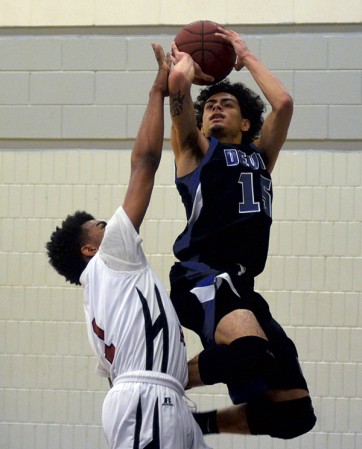 RCC took possession with 38 seconds left in OT and it ran an isolation play for Myers, who drove to the hoop and finished a running shot with just a handful of seconds remaining.

“I just wanted to get the win. It felt good, but the whole team put in the effort,” Myers said of hitting the game winner. “I wouldn’t have gotten to the point where I hit that shot, If our team wasn’t there.”

Myers is one of just two sophomores on RCC’s roster and he’s stepped up as a leader for a team that is relying on a lot of freshmen to step up.

“His scoring alone brings everybody up,” said freshman guard Darius Bell, who had 11 points. “Just watching him play makes me play harder.”

RCC (3-5 overall) was playing without injured point guard Dearionte Hudson and RCC’s Greg Boyd, who had nine points, left the game with an injury in the first half. RCC trailed 79-66 with seven minutes left in the game.

“I was really proud to see them persevere and to see the positive end of it,” RCC head coach Derek Hahn said. “Marcus has experience and that goes a long ways at this level. We ride his coattails and sometimes it’s for the better and sometimes it’s for the worse. He’s a guy we trust as a coaching staff. He came out on the positive end in that last play and it was huge.”

Myers grabbed his broken finger a few times during the game, but he said the key to not let the pain affect him was ignoring it.

“It’s mental, so I just try not to think about it,” he said.

RCC’s group of freshmen players is adjusting to the faster pace of the college game. Bell said it requires a little more thinking.

“It’s real fast paced and it’s more of a mental game. High school was more of a skill game,” Bell said. “You might get a bad call or a bad possession, but you have to stay focused.” 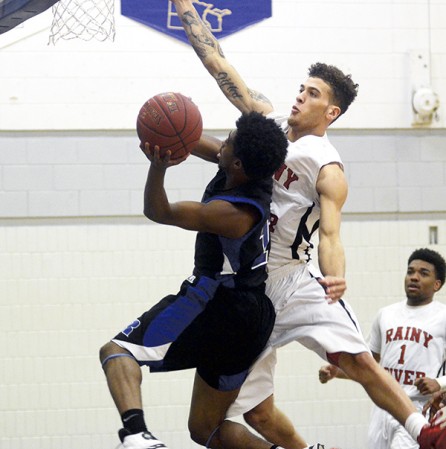 Weddle leads Blue Devils to a victory over West