Man dies after his car rolls over near Lyle 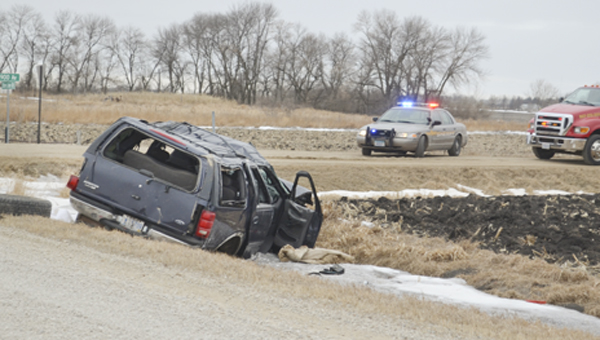 One person was involved in a rollover off State Line Street and 900th Avenue some time between Thursday night and Friday morning. -- Trey Mewes/trey.mewes@austindailyherald.com

LONDON — A rural Glenville man was killed after his 1999 Ford Expedition rolled over near 900th Avenue east of London.

Chad Nathan Williamson, 43, was the lone occupant of the vehicle and pronounced dead at the scene of the crash. The vehicle was traveling east on State Line Road when it left the roadway, entered the north ditch and rolled several times.

The Freeborn County Sheriff’s Office said it’s still investigating the cause of the crash. The crash was reported to authorities around 7:55 a.m., but the crash looks to have occurred sometime between Thursday night and Friday morning.