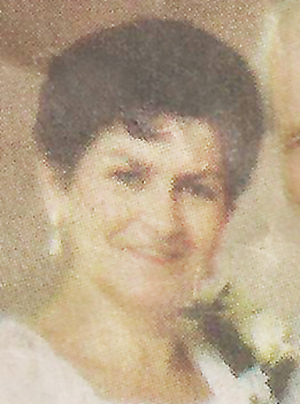 Bonita Ruth Hallman was born July 1, 1939, in Austin, to Harry and Celeste (Albright) Hallman. She grew up on Hope Street in Austin. Bonnie graduated from Austin High School in 1957. She worked as a hairstylist for her Aunt Bernice Best Landherr for five years. She was married to Carl Richard Storry, and they later divorced.

Bonnie met the love of her life, Gilbert (Gib) Ferguson and was married Jan. 20, 1966. They enjoyed 46 years of marriage. Together they had four children, Kevin, Todd, Julie, and Gilbert Jr. (Skip).

Over the years, she enjoyed working as a waitress, housekeeper at Austin Medical Center, Johnson Floral, Austin Daily Herald and in the cafeteria at Austin Public Schools. Bonnie loved volunteering at the Mower County Humane Society with good friends, Audrey and Melody. Her hobbies included being a homemaker, cooking/baking, antiquing, shopping and traveling, but her favorite was spending time with family and gardening. Her trip to France was a highlight.

She was preceded in death by her parents; brother-in-law, John Cameron and step daughter-in-law, Karen Ferguson.

A memorial service will be 3:00 p.m. at Christ Episcopal Church on Saturday, Jan. 28, with the Rev. Catherine Lemons and the Rev. Barbara Finley-Shea officiating. Interment will be in Grandview Cemetery at a later date. Visitation will be at Clasen-Jordan Mortuary on Friday from 4 to 7 p.m. and at the church on Saturday for one hour before the service.