Memorial services for Alice Rae Gleason, 70, of Glenville will be 11 a.m. Monday, Jan. 23, 2012, at Crane Chapel in Austin. Pastor Dale Christianson will officiate. Interment will be at Greenwood Cemetery at a later date. Visitation will be one hour prior to the service at the church. To sign the guest book, go to www.bayviewfuneral.com. 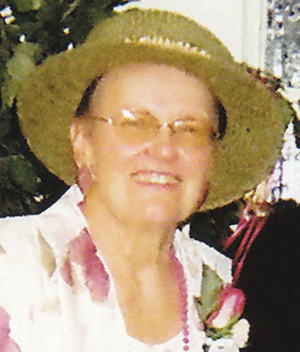 Alice passed away peacefully at her home on Tuesday, Jan. 17, 2012, surrounded by her family.

Alice Rae Gleason was born Aug. 14, 1941, to Ray and Edna (Golnick) Machacek in Myrtle. Her family moved to Glenville when she was 4 years old. Alice went to grade school in Glenville, high school in Albert Lea for one year and graduated from Glenville High School. She continued her education at the Mayo Clinic Nursing School and later pursued anesthesia training. Alice was married to Robert E. Gleason on April 21, 1961, at the Glenville Methodist Church. Robert died when their children were young. Alice worked for Naeve Hospital as a nurse anesthetist, did freelance anesthetist at several locations and retired from the Austin Medical Center. Alice shared many years of companionship with Roger Hall. The couple enjoyed spending time together in Glenville and in northern Minnesota. Alice was confirmed at Glenville Methodist Church and attended Crane Chapel in Austin and the Sand Lake Alliance in Spring Lake, Minn. She was also a member of AA since 1976, the American Association of Nurse Anesthetist and W.O.W. group (Women of the Woods). Alice enjoyed sewing, knitting, cooking, gardening, fishing, reading, skiing, snowmobiling and volunteering at church activities. She treasured the time spent with her and Roger’s families.

Memorial service for Timothy Jon Haugen, 50, of Bloomington, will be held at 2 p.m. Friday at the First Lutheran... read more