40 years in the baking: Jack Erwin 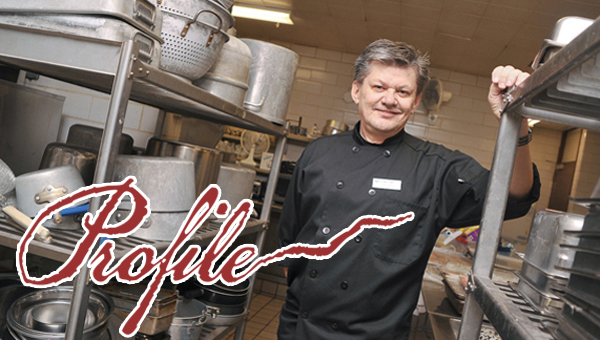 Jack Erwin is the head chef at the Cedars of Austin and was the first chef to take part in the Cooking Tips and Trends held at the Hormel Historic Home. -- Eric Johnson/photodesk@austindailyherald.com

When Jack Erwin was a little boy, he never thought he’d be able to make a career out of cooking.

“I never dreamed I would be doing this for 40 years,” he said.

Erwin is known around town as “The Chef.” Whether hosting cooking classes or preparing a meal for a special events at The Cedars of Austin, local residents have come to expect nothing less than the best from his cooking.

It’s that sort of reaction that keeps him going.

“I strive to please and make people happy through food,” he said.

Erwin spent years working in kitchens and restaurants throughout the Twin Cities before making the move back to his southern Minnesota home town in 1989. He initially worked as the head cook for the Sheriff’s Youth Program, a role he served for 18 years. From there, he was hired on as the head chef at The Cedars of Austin, where he now hangs his apron.

“This has been the most fun out of everything I’ve done,” he said.

It’s all about the variety.

On top of traditional lunches, Erwin also has the opportunity to prepare special meals for highlight dinners, including beef wellington, prime rib and other gourmet meals.

He’s also able to dabble in one of his favorite food forms: baking.

For birthdays, Erwin is able to use his creativity to bake, design and serve gourmetcakes. He also prepares muffins and cookies, which are a real treat for those on the receiving end.

When Erwin isn’t cooking in front of cameras and classes, or preparing food for hundreds, he’s whipping up a miracle or two in his own kitchen. He said he has every tool a chef could want in his home kitchen. And when it comes to preparing food for himself, he said lobster takes the cake as his absolute favorite.