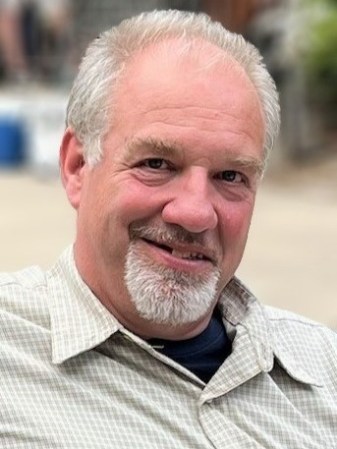 William “Bill” Arthur DeVries, age 61, of Glenville, Minnesota, passed away peacefully on Friday, January 20, 2023, at his home in Glenville. William was born on January 6, 1962, in Sussex, New Jersey, to Theunis and Sylvia (Vanderploeg) DeVries. The family moved to the Hollandale, Minnesota area in 1967. Bill attended Hollandale Christian School and Albert Lea High School, graduating in 1980. Following graduation, he attended and graduated from Austin Vocational School. Bill then began working for Hormel Foods in several departments, eventually becoming an electrician. He worked with several electrical companies before starting the Accell Electric Company which eventually became Accell Trucking Company. Bill was a lifelong farmer and was very interested in improving his crop yield with micronutrients. Bill was married to Ellen Rysavy for 25 years and the couple was blessed with three children, Sara, Brad, and Audrey. He was part of the Northwest Singers and through this group he met Denice Mudra. The couple was united in marriage on December 14, 2012, at Faith Evangelical Free Church in Austin. Denice and Bill farmed and operated the trucking company together for the past ten years. Bill was very involved in his children’s youth hockey and was instrumental in starting the Austin Girls Holiday Tournament. He enjoyed singing, going out to dinner, his grandbabies, spending time in the yard with Denice, and watching farm and machine videos. He will be greatly missed by all who knew and loved him. Bill was a gift to us all.

The funeral service for Bill will be held at 3:00 p.m. on Friday, January 27, 2023, at Faith Evangelical Free Church in Austin. Visitation will be held from 4:00 p.m. to 7:00 p.m. on Thursday, January 26, 2023, at Worlein Funeral Home Chapel in Austin and will continue for one hour prior to the service at church on Friday. Worlein Funeral Home of Austin is assisting the family with arrangements. Condolences may be expressed to the family online at www.worlein.com.