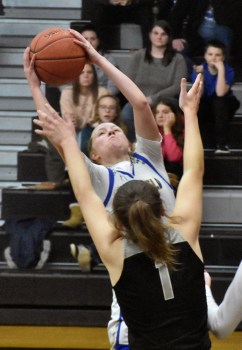 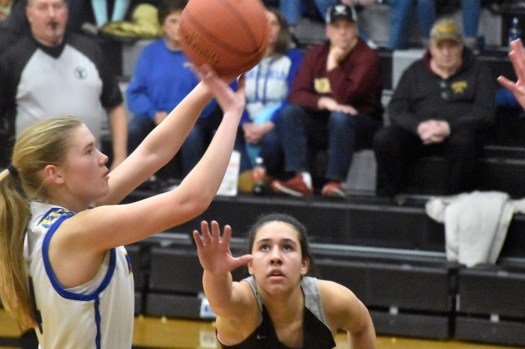 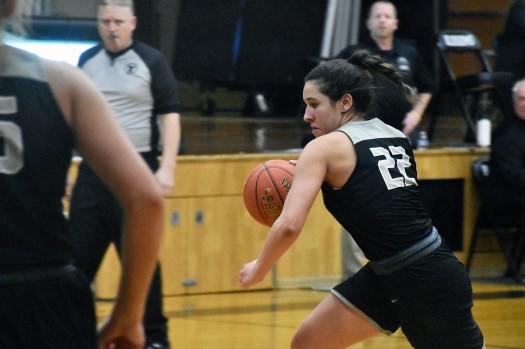 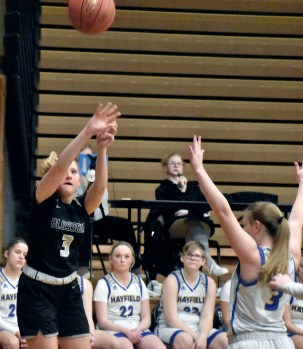 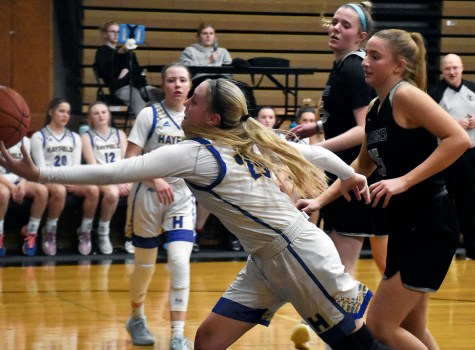 Hayfield’s Natalie Beaver reaches out to save a loose ball in Blooming Prairie Tuesday. Rocky Hulne/sports@austindailyherald.com 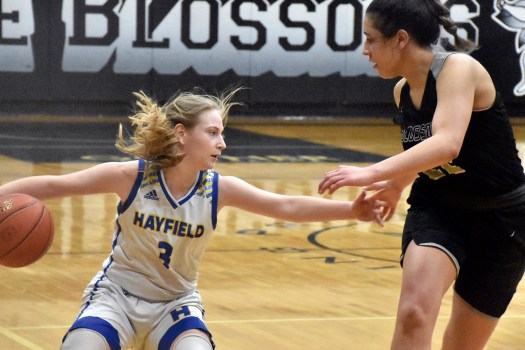 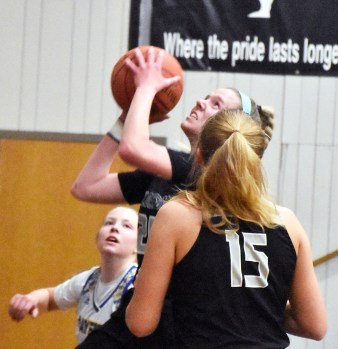 BLOOMING PRAIRIE – The Blooming Prairie girls basketball team finished with a flurry, but it came up one shot short as Hayfield prevailed with a 50-48 win Tuesday night.

“It was crazy. The support from my team was amazing,” said Snyder, who finished with 11 points. “Everybody was in it for us. It was nice to see how we could play and I hope we keep that going for the rest of the season.”

Hayfield (16-2 overall) had led by double digits for much of the second half before the late push. The Vikings were able to hold on thanks to the shooting of Kristen Watson, who made three out of four free throws down the stretch to ice the win.

Watson, who finished with 17 points, four steals and four assists, said Hayfield needs to learn how to close games out stronger.

BP (6-6 overall) scored just five points in the first 11 minutes of the second half, but it was able to stay in the game by keeping the Vikings out of transition. BP head coach John Bruns credited his squad for sticking with it.

“I think the biggest thing is that our girls handled their pressure,” Bruns said. “We had a few too many turnovers, but they weren’t the type of turnovers that gave them easy lay-ups. I’m proud of the girls for not giving up tonight.”

Hayfield has won seven games in a row, but head coach Kasey Krekling said he is concerned with how the team has been playing down the stretch. He wants the Vikings to go hard until the final whistle.

“I really liked our defense to begin the second half. We built up a lead and luckily we did, because they made every shot in the last two minutes,” Krekling said. “You’ve got to find ways to score at the end of games. We stopped looking at the rim and we can’t do that.”