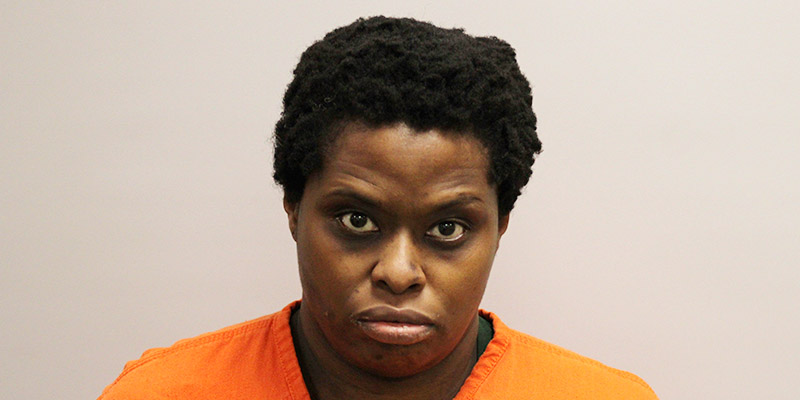 The woman charged in a pair of drug overdose cases has entered pleas of not guilty in the most recent case.

The charges are in connection to a woman’s overdose death in May of last year.

Court documents say that Thomas allegedly sold the victim drugs twice on May 21 and May 22. An autopsy later confirmed that the victim died due to the toxic effects of fentanyl and that fentanyl was detected in the victim’s blood.

A witness discovered the unresponsive victim in a bathroom of a home in the 1100 block of Second Avenue SW on May 22. Despite live-saving efforts by Austin Police Officers and Mayo Clinic Ambulance paramedics, the woman was pronounced dead at the scene.

A responding officer observed multiple pieces of tin foil near a waste basket with burnt residue on them. A cellphone collected at the scene showed an active Facebook Messenger and messages allegedly sent to Thomas.

The victim’s Cash App account also reflected a $50 payment to Thomas on May 21 and a second payment of $43 on May 22.  The court complaint states that detectives interviewed Thomas on Aug. 30, the same day she was questioned about the first case.

During the questioning, Thomas admitted to selling drugs to “make a little extra money,” and also admitted it was a way of avoiding using so much of it herself. The court complaint also states that Thomas admitted she sold the female victim drugs on May 22, the day she died and that she thought the victim was buying them for somebody else.

Thomas was initially arrested in late August last year and subsequently pleaded not guilty in the first case to the same charges she faces in the second case. In that first case, a 22-year-old man was found dead in his mother’s home on March 8 of last year.

Thomas allegedly admitted to selling the victim drugs “once or twice,” before confirming the latest incident was in March of 2022.

Thomas is scheduled for a plea hearing on Jan. 26 in the most recent case. She’s also scheduled to go to trial for the first case on Feb. 6.