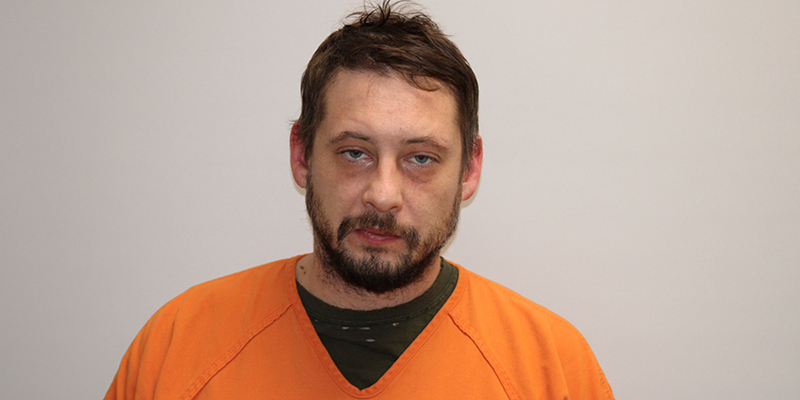 Darin Douglas Finley, 35, has pleaded not guilty to a pair of felony criminal vehicular homicide — one of which refers to a driver who causes a collision and leaves the scene and the other alcohol concentration .08 or more.

According to a press release issued Monday morning by Austin Police Chief David McKichan, officers responded to a report of a person lying in the roadway on Oakland Place SE near Oakland Avenue SE at around 11:18 p.m. Friday evening.

Upon arrival officers discovered the victim, 41-year-old Melissa Rack, not breathing and with no pulse. Officers began CPR on Rack until Mayo Ambulance arrived. According to the court complaint, Rack was then transported to Mayo Clinic Health System-Austin where she was pronounced dead.

The witness also noted that the male allegedly knelt down as if to pick something up and then run back to the vehicle and speed off eastbound on Oakland Avenue East.

She noted that the male allegedly knelt down as if to pick something up and then run back to the vehicle and speed off eastbound on Oakland Avenue East.

The second witness, who arrived home approximately 10 minutes prior to law enforcement’s presence, said he came home to find a white SUV in the driveway and inspected the vehicle noting damage to the front bumper and that the vehicle appeared to be occupied with the driver ducking down to avoid being seen. He also noted that the SUV sped off eastbound on Oakland Avenue East.

About 10 to 12 minutes after the initial search, an officer noted a 2007 Chevy Suburban in a driveway in the 1700 block of First Avenue NE.

The officer noted extensive damage to the front passenger side, including a missing Chevy emblem. An emblem was located at the scene of the incident.

The officer also noted that the vehicle was still warm as if recently driven and that pieces collected at the incident matched the vehicle.

Soon after, officers made contact with Finley at the address and he allegedly agreed that the vehicle was involved in an accident, initially stating that he had “no idea” what happened and did not remember driving.

However, Finley then allegedly admitted that he had driven the Suburban that evening and admitted to hitting something, but did not know what. When a detective advised Finley that he had hit a person with his vehicle, Finley allegedly showed no emotion and replied, “sounds really bad. Really hope that person’s okay, that sounds awful.”

Officers also noted that Finley allegedly appeared intoxicated. When asked how much he had to drink that day, Finley replied “that’s another question I don’t know,” and then refused a breath test.

After telling officers he wasn’t feeling well, a Mayo Ambulance arrived at the residence and determined that everything was okay, but still transported Finley to the hospital after he said he wanted to be checked out.

While in the exam room, Finley was noted as having glossy eyes, slow speech and the order of alcohol coming from his breath.

He stated again that he didn’t recall hitting anybody and allegedly said, “If I did that, I’m sorry.” Finley then asked if the person was dead and when the officer said, “yes” the defendant hung his head and stated he wanted to go to in-patient treatment.

A search warrant was granted for a sample of Finley’s blood, with the sample being sent to the Bureau of Criminal Apprehension for analysis. Once cleared, Finley was taken into custody and early Saturday morning blew a preliminary breath test of .063.

“Officers made contact with a Darin Finley, who is 35 years of age and from Austin, at the residence,” McKichan said in Monday’s release. “As a result of the investigation into this fatality, Finley was arrested on probable cause for violating Minnesota’s criminal vehicular homicide statute. He was placed at the Mower County Jail.”

A trial date of June 12 has been set with pretrial scheduled for June 2.