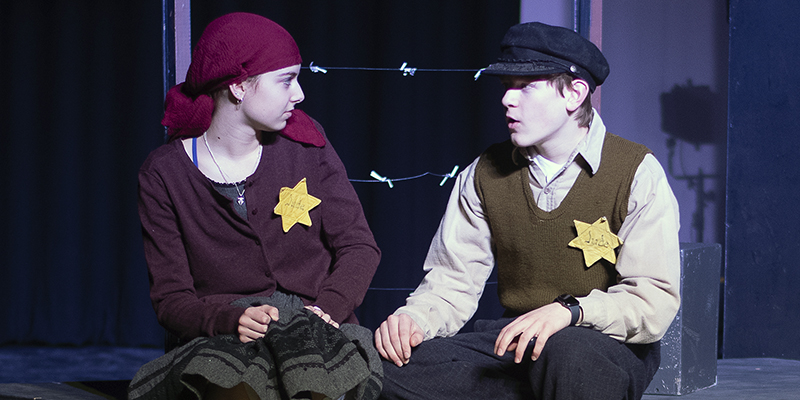 The Southland Drama Department will host the Southeast Conference One Act Play Meet next Saturday where they will perform “I Never Saw another Buttherfly.” Photo provided

When the Southland School District included a renovation of the school’s theatre space, director Madlain Vander had big visions as to what that meant for the future.

In a week, one of those visions will come to pass when Southland hosts the Southeast Conference One Act Play Conference Meet on Saturday, Jan. 21.

While there will be judging, the meet — which features seven schools — will not be a competition in the sense that a winner will be chosen.

However, the excitement of actually being able to host the meet is the important take-away of the event.

“What really led me to try is we have been going to the Three Rivers Conference [Meet],” Vander said. “We were paying extra for that because the conference we were in didn’t have a one-act contest.”

Southland’s one-act had the opportunity to take part in a meet last year, but Vander said there wasn’t enough notice to allow attendance.

The Southland one-act will perform “I Never Saw Another Butterfly,” based on real events during World War II. Photo provided

But that opportunity only solidified the idea of hosting the meet in Southland’s still relatively new space.

The hope is to turn this into an enduring event.

“I felt like I had enough contacts to do this right,” Vander said. “I’m hoping we can host if for a long time now.”

The event will run from 8 a.m. to 3 p.m. and is free and open to the public. Concessions will be available.

“It’s just so fun,” Vander said. “There are so many different plays. Just a variety of different flavors.”

Southland’s play is “I Never Saw Another Butterfly,” and is based on a true story about youth in the Terezin ghetto during World War II.

Terezin is where many creatives of all fields — artists, authors, musicians — were sent by the Nazis. For example, during that time a teacher started a small school and a group of boys ranging from 9-12 created an underground newspaper.

All of this was done under the shadow of Auschwitz and the trains that left daily for the camp.

The play was originally picked two years ago, but a combination of the COVID-19 pandemic and some fears that perhaps the play was two dark curtailed the production until this year.

However, despite some of the darker tones, Vander said that the message focuses instead on hope.

“It’s very hopeful. I want to stress that,” she said. “We are really focusing on hope.”

Southland will also perform its play for the public at 2 p.m. on Sunday, Jan. 29 at the Southland Auditorium.