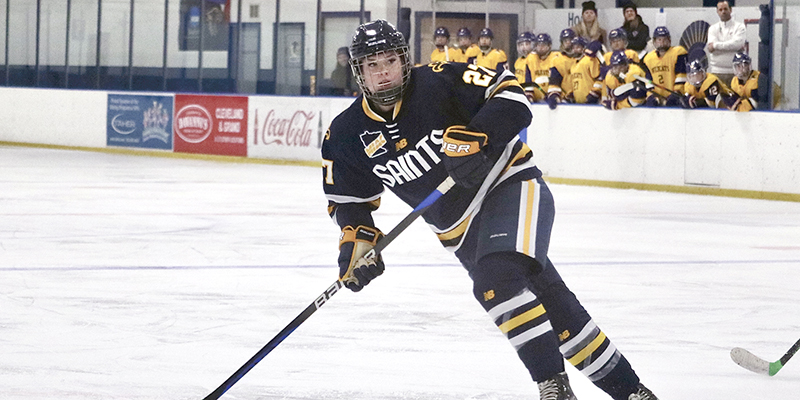 While Austin grads and sisters Kate and Lily Holtz both share a passion for hockey, they have evolved into entirely different players at the college level.

Kate, a 2022 AHS grad, is the top scorer for the Northland College Lumberjills, who play in the WIAC and Lily, a 2019 AHS grad, is a defensive-minded player who specializes on the penalty kill for St. Scholastica, which plays in the MIAC.

Lily, who is a senior with an option for a fifth year next season, was more of a standout scorer in her time with the Packers, but she has learned that every aspect of the game is equally important if you want to build a winning program. 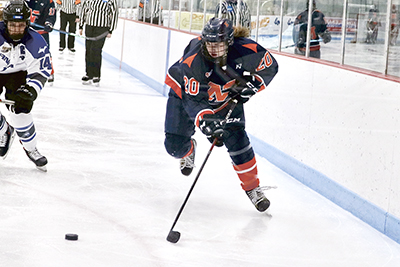 “You learn about each player’s role. Your most important player isn’t necessarily the one who scores all of the goals, or even one who is on the ice. Sometimes it’s the players who cheer on the team from the bench,” Lily said. “You have to do it as a team. We bring the puck up as a group and we get into our offense. It’s not a one person game at this level.”

Kate has already netted three goals for Northland, which is off to a 2-10-1 start. It took her awhile to warm up to her new teammates and a new coaching staff, but Kate quickly warmed up to firing her patented slap shot and attacking the net on offense.

“There is some pressure that comes with it, but I like knowing the girls can count on me,” Kate said. “I enjoy it. It’s been a little bit different building chemistry with the new girls, but it hasn’t been too bad. The game is faster and physical. They let us play more physically, which is nice, but you’ve also got to expect to be more physical against you.”

St. Scholastica is currently at 3-6-1 overall after moving to the MIAC, but Lily was able to enjoy an undefeated NCHA season. Things have been a little tougher this season, but the competition has brought out the best in the team.

“It’s so fun to play with these girls,” Lily said. “We’ve had to face a little more adversity in the MIAC and we’ve learned to be more resilient.”

While their colleges are one and a half hours apart, Kate and Lily have supported each other through texting and watching online streams of games. Kate is glad to have a role model she can reach out to when in need.

Lily is glad to be the big sister whenever Kate needs her.

“Kate loves it (at Northland) and I’m just proud to watch her play and to watch my brother Toby play at AHS,” Lily said. “Kate knows how to put the puck in the net. She’s always had a knack for scoring.”