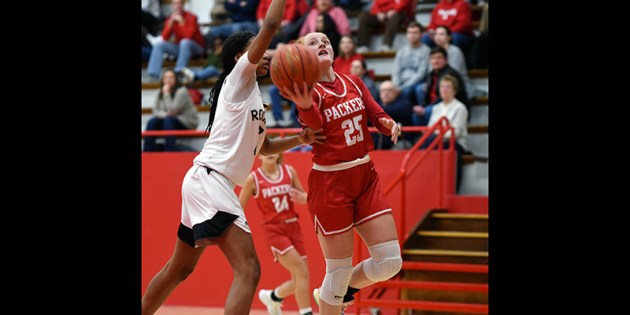 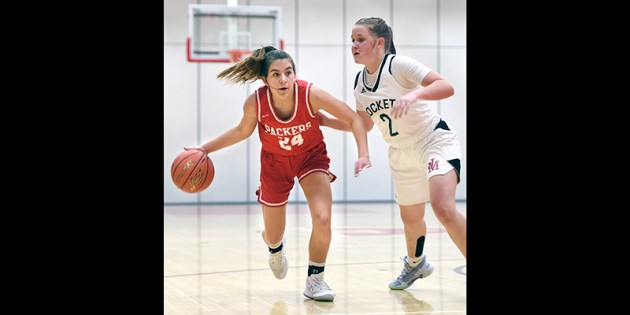 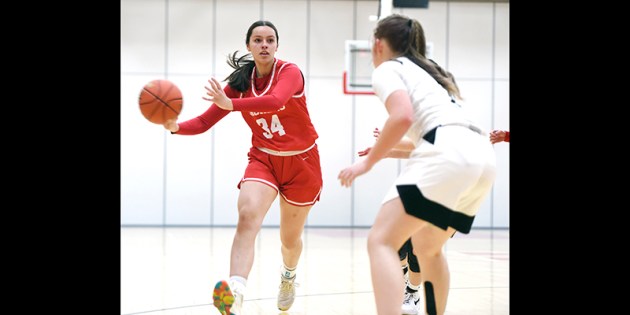 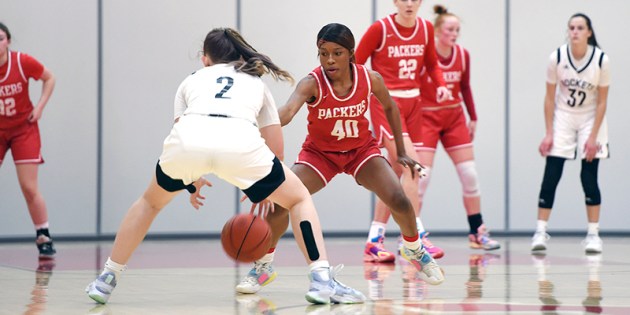 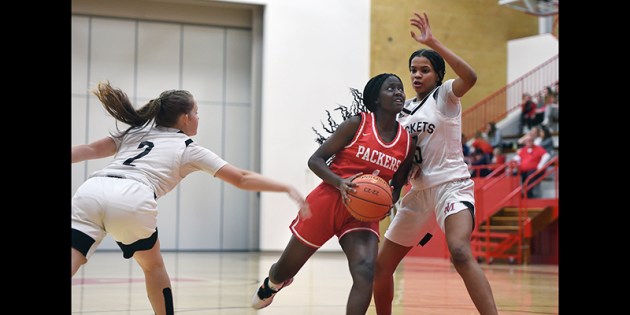 Austin senior Cassidy Shute finished with a career-high 25 points to go along with five rebounds as she had a monster scoring outburst in the second half and eighth grader Quinn Osgood scored 14 points in her first ever start for the Packers (10-5 overall).

“I had three fouls early, but I continued my energy on the bench and once I got back on the court, I carried my energy back out there,” Shute said. “I was ready to get after it and I wanted to beat JM really bad. All of my teammates were out there scoring like they should and that motivated me. Those and ones pump me up a lot and we had a lot of those tonight.”

Osgood connected on three first half three-pointers with her third one of the frame putting the Packers up 36-24. She added four rebounds, three steals and a blocked shot as she has begun to find her confidence at the varsity level.

“I had nerves at first, but once my teammates started pumping up and we were working together, my confidence shot up,” Osgood said. “These girls have taught me a lot and they’re making me get better.”

With a new roster this season, Austin has had some offensive struggles, but things came together against the Rockets (1-13 overall).

“That’s the style that we want to play. We’ve just got to focus on ourselves and our system. Tonight there could’ve been a 15 second shot clock and it wouldn’t have affected us. That’s how we want to play,” Austin head coach Eric Zoske said. “We’ve been messing around with our starting five and we’ve been looking for another scorer. Quinn had 13 in the first half and it wasn’t a coincidence that we had one of our highest scores tonight.”

The Packers honored some of their favorite teachers during the game and the teachers held a three-point shooting contest at halftime.

“I just want to thank all of the teachers who have made a positive impact in these girls’ lives and it was great to showcase what we do for them,” Zoske said.