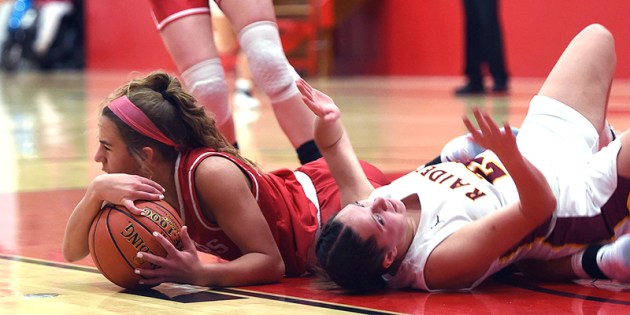 Austin’s Quinn Osgood goes to the floor for the ball during the first half against Northfield Thursday night in Ove Berven Gym. Eric Johnson/photodesk@austindailyherald.com 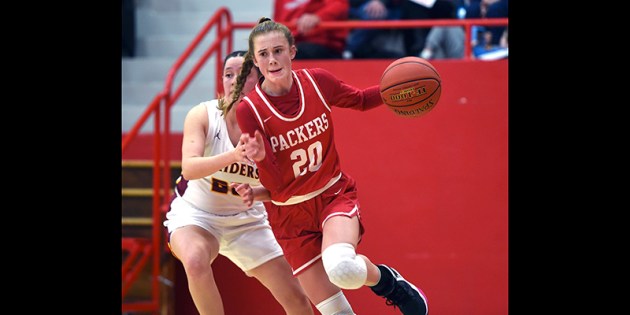 Austin’s Marissa Shute finds the baseline on a drive during the first half against Northfield Thursday night at Ove Berven Gym. Eric Johnson/photodesk@austindailyherald.com 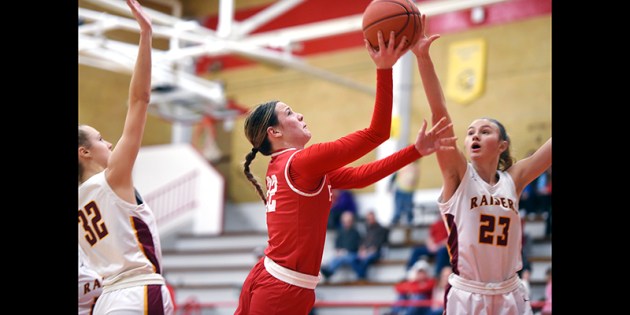 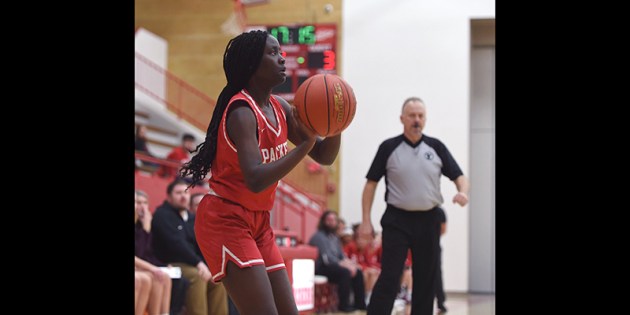 Austin’s Ajiem Agwa pulls up to shoot during the first half against Northfield Thursday night in Ove Berven Gym. Eric Johnson/photodesk@austindailyherald.com 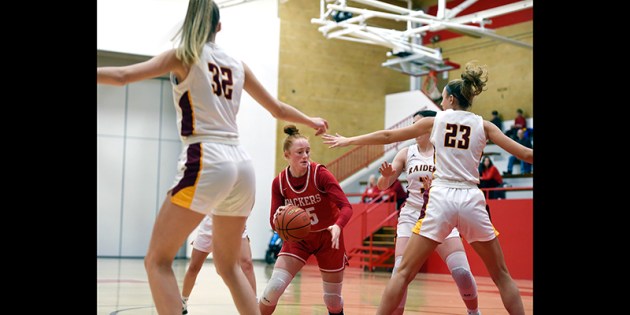 It took the Packers about a half of basketball to shake off the rest, but they caught fire from the three-point line and found their rhythm in the second stanza of a 65-42 win over Northfield (2-7 overall) in a girls game in Ove Berven Gym Thursday.

After going back and forth for much of the first 18 minutes, the Packers opened the second half on a 30-7 push to seize a 60-33 lead late in the game. Ajiem Agwa, who finished with five three-pointers and 24 points, and Cassidy Shute, who put up 16 points, seven rebounds, three steals and four assists, while hitting three threes, led the charge.

Agwa, a sophomore, is coming out of the break a lot more confident with her jump shot as she has cemented herself in the starting lineup.

“We had some of the hardest practices that we’ve ever had over break,” Agwa said. “I felt like we played like that tonight.”

The Packers hadn’t played a game since they beat Rochester Century 50-46 on Dec. 20 and they used that time to grow together.

“We didn’t have any games during the break, so we tried to replicate those game moments and get up and down,” Shute said. “We just worked our tails off during the break. It gave us a good chance to help the younger players. They got a lot of time to talk to us and ask us questions.”

Austin (6-2 overall) trailed 24-21 late in the first half, but the Packers closed things out on a 9-2 run. Olivia Walsh had a three-point play and an inside score to ignite the rally and Quinn Osgood capped it when she hit a three with 11 seconds left in the frame.

Walsh and Shute are now closing in on the final few months of their high school basketball careers. Shute is aware of the clock that is ticking on her time as a Packer, but she’s not sweating it out yet.