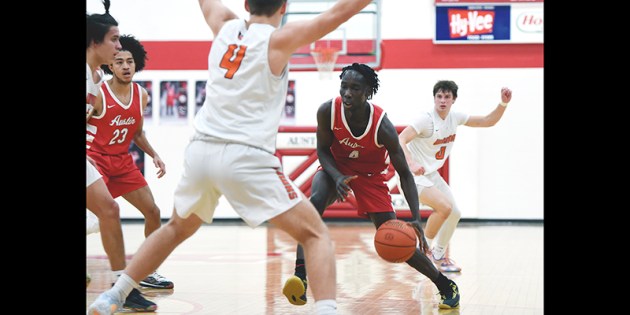 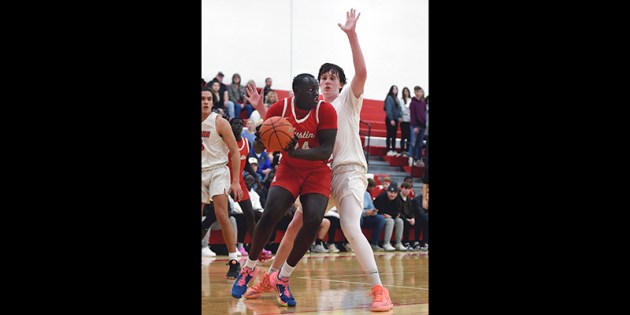 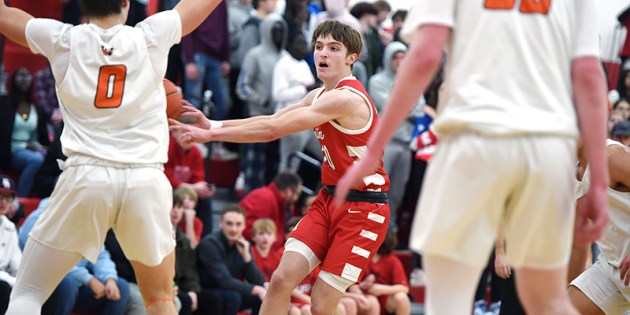 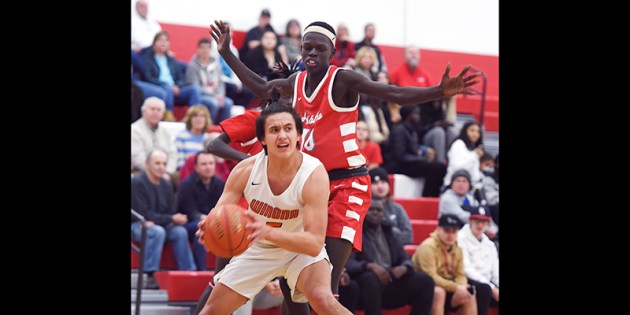 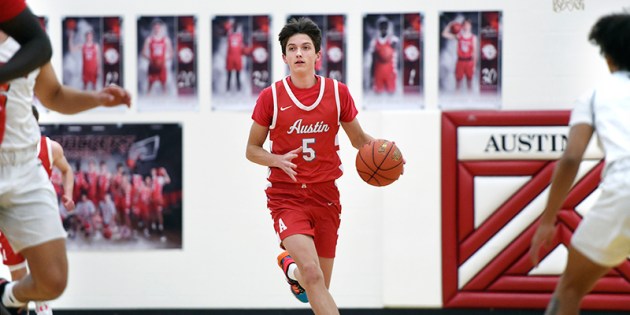 Austin’s Jacob Herrick brings the ball up the floor during the first half against Winona Tuesday night in Packer Gym. Eric Johnson/photodesk@austindailyherald.com

The Austin boys basketball team played a little faster than it could handle at times, but the Packers eventually wore down Winona with a 76-57 victory in Packer Gym Tuesday.

Austin (6-3 overall) committed 22 turnovers, but it didn’t matter as strong second half efforts from Ater Manyuon, who finished with 26 points, and Buai Duop, who had 17 points and seven rebounds, carried the team to a strong finish.

“I just had to keep attacking the rim, because they couldn’t stop me,” Manyuon said. “We also had to distribute the ball, because when we move the ball, nobody can stop us. We’ve been training together for our whole life and it’s fun to finally get on the big stage and show out.”

Duop scored 13 of his 17 in the second half as he held his own against Winona big man Jackson Harvey, who wreaked havoc on the offensive boards in the first half. Winona (4-3 overall) ran out to a brief 18-13 lead before Jack Lang, Manny Guy and Manyuon all hit consecutive threes to put Austin up 22-18.

“We were moving the ball and getting great shots. The energy of the crowd got me going tonight,” Duop said. “It was kind of tough for me, because that’s my first time going against a guy like that. (Harvey is) a really good competitor and I fought back against him.”

The Packers were coming off a tough loss to Northfield on the road last week, but they quickly found their energy from their home crowd.

“After Thursday, we were all pretty frustrated and down,” Austin head coach Jamaal Gibson said. “The season’s all about peaks and valleys and I hope that was the deepest valley. We were pretty low. It was nice to see the energy tonight.”

“When you can bring a guy like A’Triel Terry off the bench when he is easily one of the best rebounders in the conference, that’s a pretty nice thing,” Gibson said. “Buai can rebound for us, Ater can rebound from the perimeter and Dane Mitchell busts his tail to get guys out of the paint so other guys can rebound. Those little things matter.”