Packers hold their own, but can’t knock off first place Spartans 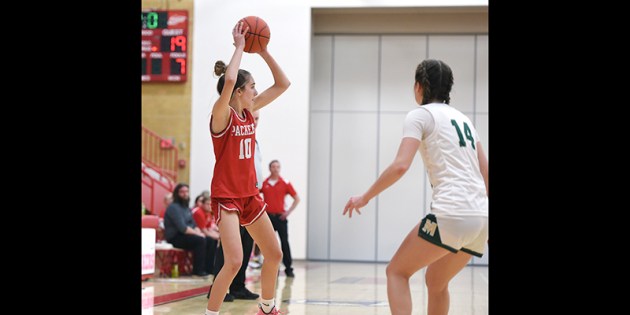 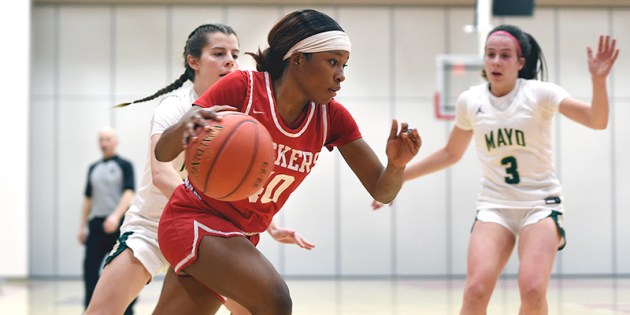 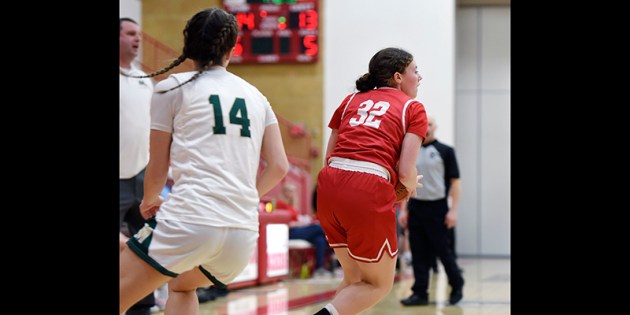 Austin’s Kristen Neilson dribbles out of traffic during the first half Friday night against Rochester Mayo in Ove Berven Gym. Eric Johnson/photodesk@austindailyherald.com 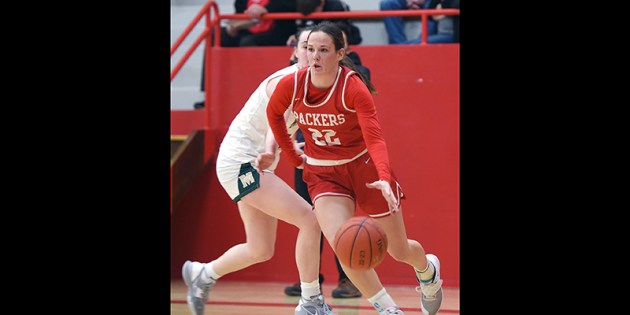 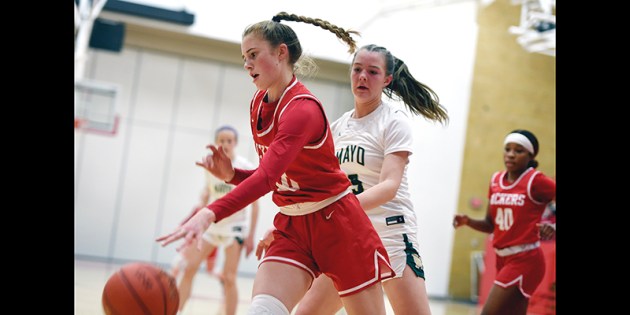 The Packers were smaller in height, but not in fight as they gave Big Nine leading Rochester Mayo all it could handle for much of the night in a 55-44 loss in a girls basketball game in Ove Berven Gym Friday.

Miller, who scored a game-high 26 points, scored again and Kaia Kirkeby converted a breakaway lay-up to make it 48-41 with 2:18 left.

The Packers’ defensive effort was strong throughout the night, but their offense wasn’t able to stay consistent.

“The biggest three things for us tonight were effort, energy and being smart,” Austin head coach Eric Zoske said. “The effort and energy were there, but we’ve got to value the basketball. Against a good team like Mayo, you have to execute the offense on every single set.”

After trailing 32-25, the Packers were able to claw their way back in it. Olivia Walsh had a put-back to bring the Packers within 32-31 with 9:30 left and Walsh glided in for a left hand scoop to tie the game at 38 with 6:14 left.

Walsh finished with eight points and four blocked shots for the Packers, while battling against Miller, who stands at 6-feet, two-inches tall.

“Being undersized, we’re already at a huge disadvantage and she’s so good at rebounding,” Walsh said. “Even when you put a body on her, she’s still six inches above me and she has a chance at a put back. Forcing them to take bad shots was big.”

The Packers led by as many as 11-7 in a low scoring first half after Cassidy Shute converted a three-point play on a put-back with 10:47 left and followed that up with a three-point shot with 9:07 left.

Mayo ended up taking a 21-16 lead into the break after Miller scored in the paint to beat the halftime buzzer.

The Packers (8-3 overall) are currently sitting in second place in the Big Nine, despite having a huge roster turnover.

“We’re definitely young and inexperienced and I think that showed tonight. We played really hard, but we need to clean it up on offense,” Walsh said. “We have some big games coming up and if we play like this every night, I don’t think many teams will be able to handle us.”