UPDATE: One arrested for cocaine, fentanyl 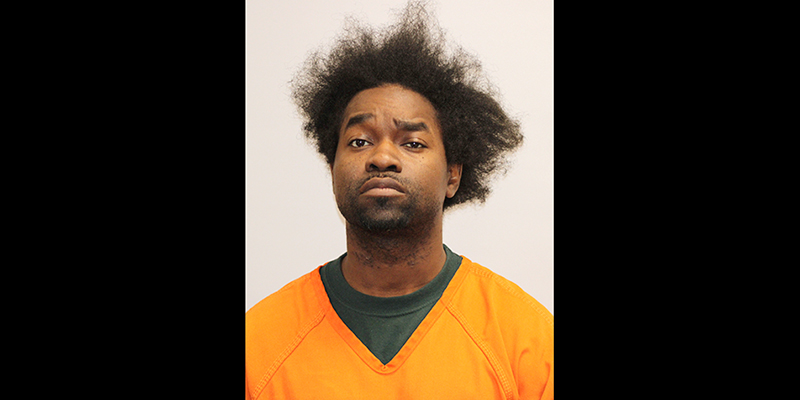 An Austin man, already facing a litany of charges for drugs and weapons charges, including an alleged drive-by shooting just under two years ago, is back in Mower County Jail.

Terry Izeal Heggs, 39, was arrested on Friday, Jan. 13 after a search warrant was served at 3401 West Oakland Avenue, which includes the restaurant Wing Bazaar.

On Tuesday, Heggs made his first appearance in Mower County District Court where he was charged with two felony counts of first degree drugs — possession of cocaine with the intent to sell and possession of 50 grams or more — a gross misdemeanor for violation of a domestic abuse no contact order and a misdemeanor for fleeing a police officer.

According to a press release Monday from Austin Police Chief David McKichan, officers from APD, the Mower County Sheriff’s Office, Southeast Minnesota Violent Crime Enforcement Team and the South-Central Minnesota Drug Task Force assisted in the investigation that turned up over 50 grams of cocaine located on the premises along with suspected fentanyl.

“A protected party from Heggs in a DANCO matter was also found at the location in proximity to Heggs,” McKichan said in the release.

According to the court complaint APD officers executed a search warrant at around 1:31 p.m. on Friday as part of an investigation into Heggs, which included a violation of a domestic no contact order.

When officers approached the business, they found an “open” sign was flashing in the window, but that the door was looked. A detective saw the victim of the DANCO order, who appeared nervous.

She opened the door and as officers made entrance another door, which led to a makeshift living area adjacent to the restaurant, slammed shut.

The door was locked and after officers breached the door they found another door open to the back and heard a Mower County Sheriff’s Office deputy giving commands for Heggs to get down. Moments later, Heggs was taken into custody.

A search of the business and the adjoining living area revealed possible fentanyl and other bags of a white substance along with drug paraphernalia and cash to the amount of $330 taken off Heggs and $120 in the register.

In the kitchen, officers found a plate with a white powdery substance suspected of being cocaine or fentanyl and that it appeared next to the flour used to make the chicken at the restaurant.

Three of the baggies tested positive for cocaine and weighed 59.2 grams. The remaining drugs were sent to the Minnesota Bureau of Criminal Apprehension for further analysis.

During questioning at the jail, Heggs allegedly told an APD detective that he needed to get out and said if the detective helped him he would “get him the biggest bust ever.” The detective terminated the interview.

Heggs was also arrested in November of last year for felony failure to register as a predatory offender along with three gross misdemeanors including violation of domestic abuse no contact order, domestic abuse and interfering with an emergency call.

According to the court complaint in that case, APD officers were dispatched to the same address for a 911 call, on which the dispatcher could hear arguing and a female yelling before being disconnected.

When officers made contact, Heggs was arrested and the victim was found with blood on her lip and sweatshirt. The victim told police she became afraid during an argument because of Heggs’ violent past toward her and that he allegedly kicked the victim and punctured her both in the stomach and the face.

Heggs was already facing jury trials, slated for this past Tuesday, in four separate cases. One of those cases included the alleged drive-by shooting on Aug. 20, 2021. Trials for those cases have subsequently been moved back to June 12.

Court documents in that case state that police arrested Ryan Christopher Collins, 32, on Aug. 20, 2021 in the 400 block of Third Avenue in Austin after a report of two vehicles chasing each other. Collins fled police in a 2005 Chevrolet Impala that had sustained bullet damage. After his arrest, Collins indicated that “Magic” (later identified as Heggs) was shooting at him from a white Porsche Cayenne. He indicated Heggs shot at him because Heggs believed he had robbed him.

The Department of Corrections informed law enforcement that Heggs was wearing a GPS monitor. Further investigation showed Heggs locations at the time of the shooting were consistent with the information that Collins provided.

A review of Heggs’ criminal history reflects several convictions for both domestic assault and drugs convictions.