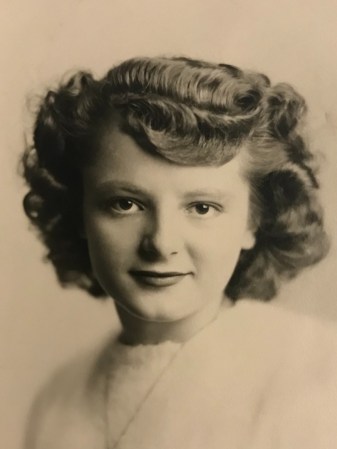 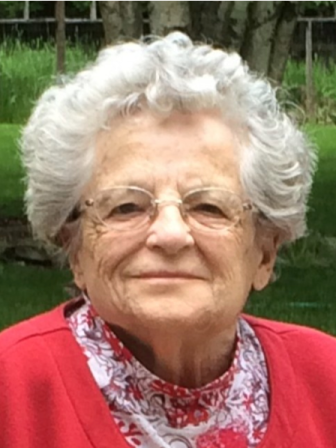 Margaret Ann (Florek) Lenoch, age 91, passed away peacefully in her sleep, surrounded by her  loving family, on Sunday, January 8th, 2023 at Wel-Life Assisted Living in Kalispell, Montana. Margaret was born July 7th, 1931 to Stanley and Helen (Shoemaker) Florek in Austin, MN.  She attended Shaw Elementary School and graduated from Austin High School in 1949. On September 24th, 1950, at the First United Methodist Church in Austin, Margaret married  Clifford Lenoch, the “tall, handsome boy” from down the street, whom she dated since 10th  grade. They didn’t have a car so they took the bus from Austin to Minneapolis for their  honeymoon at the Sir Francis Hotel. A year later they started their family of four boys; Tom,  Ron, Mark and Bill. In 1954 they found the perfect house for the family; it was across the street from the  school, had an empty lot next door, and a river in the backyard. They raised their boys and lived in  that home until Clifford passed in February 2007. Margaret and Cliff enjoyed camping and f ishing with their boys and were often joined by other families. They loved the outdoors very  much. Margaret wrote of roasting marshmallows and eating popcorn around the campfire. N early every journal entry ended with “we had a really good time”. Margaret adds that all their  boys were in Boy Scouts and she was a leader in Cub Scouts. They attended many Scouting  potlucks and camp outs over the years. Margaret taught Sunday School at First Methodist for 25 years and said that she learned as  much as the kids. She added that she felt it was her calling. Margaret was a stay-at-home  mom until their youngest, Bill, started school. She then worked as a cook in the Austin Public  School system for the next 25 years, many of which were at Woodson Elementary where she  enjoyed serving the little children with no front teeth. Margaret’s favorite hobby was Counted Cross Stitch. She attended many classes at  Community Ed where she perfected her craft and went on to win countless ribbons at the  Mower County Fair. Her other talents included knitting and crocheting. Margaret  was the Superintendent of The Women’s Building at the fairgrounds for several years. She  made many beautiful prayer shawls and hats, and proudly showed off the hundreds of pairs of  mittens she made for the Caring Ministry at her church. Margaret made beautiful handcrafted  Christmas ornaments every year for all her grandchildren until her vision limited her. Margaret enjoyed birdwatching and hanging out in the backyard “Shack” with Clifford. They  both enjoyed gardening, cooking, and watching their boys and their grandchildren compete  in sports. Margaret and Clifford enjoyed traveling to other states to visit their sons and their  families that had moved away from Austin. Several times they took Margaret’s mother and  Clifford’s mother along for the ride. After Clifford passed, Margaret moved into The Courtyard apartments in Austin and took very  good care of herself while living alone for the first time. She loved preparing lunch for Bill  when he worked in town. She looked forward to his daily visits. As the years went on,  Margaret needed more care and in 2014 she moved to Kalispell, Montana to be near more of  her family. She first lived at Prestige Assisted Living for several years. S he then moved to Wel-Life Assisted Living where  she spent her remaining years. She participated in many activities there, and if we came to visit  during Exercise or Bingo (which she never missed) we were out of luck. Margaret made lasting  relationships with the staff and residents alike. She was lovingly cared for. Margaret was  never forgotten by her friends in Austin, especially those at the First United Methodist Church.  They sent handwritten Christmas cards, Birthday cards, and Thinking of You cards throughout  her years in Kalispell. Margaret very much appreciated them. Margaret was preceded in death by her father and mother; her sister, Helen; a grandson, Chad;  and her husband, Clifford. Survivors include her four sons: Thomas (Janet) Lenoch, Kalispell, MT; Ronald (Lisa) Lenoch,  Whitefish, MT; Mark (Rita) Lenoch, Wimberly, TX, and William (Kristine) Lenoch, Lyle, MN; 10  grandchildren; 14 great-grandchildren; and many nieces, nephews, other relatives and friends. A memorial service will be held on February 2, 2023 at Wel-Life Assisted Living in Kalispell,  MT. Margaret will be laid to rest at Oakwood Cemetery in Austin, MN later this year.  Blessed  be her memory.