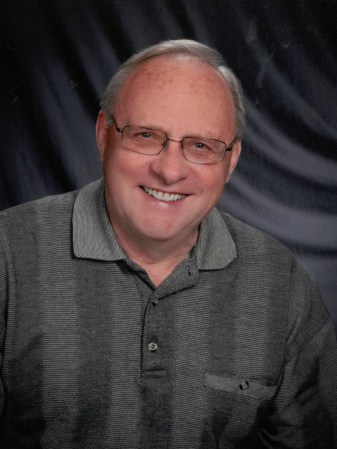 Lyle Henry Engelhardt, age 77 of Austin, Minnesota, passed away on Sunday, January 22, 2023, at home surrounded by loved ones. Lyle was born in Waseca, Minnesota, to Roy and Alma (Stolz) Engelhardt on July 14, 1945. He graduated from Hayfield High School in 1963. Lyle’s nickname in high school was “slue-foot.” He enjoyed basketball and participated on the wrestling team. On June 26, 1965, he was united in marriage to his high school sweetheart, Janet Marie Green at the First United Methodist Church in Austin, Minnesota. The couple shared 38 wonderful years together before Jan lost her battle with cancer on December 5, 2003. He later married Rose Annabelle Chesnut on August 27, 2005, in Brownsdale, Minnesota. Lyle retired from Hormel Foods after 37 years, holding various positions. His co-workers called him “cookie monster” because he was known to eat an entire bag of cookies at breaktime. Lyle could fix anything and was truly a jack-of-all-trades. He was a great Christian man and belonged to Our Savior Lutheran Church in Brownsdale, Minnesota, where he served as a trustee. Lyle loved horses, horseback riding, snowmobiling, fishing, and spending summers at the lake. He also enjoyed visiting with friends over coffee. He was a wonderful and generous husband, father, and grandfather. His greatest devotion was to his family. Lyle will be dearly missed.

A funeral service will be held at 11:00 a.m. on Saturday, January 28, 2023, at Worlein Funeral Home Chapel in Austin, Minnesota, with visitation one hour prior to the service. A light lunch will be served immediately following the service, before the interment in Greenwood Cemetery, Brownsdale, Minnesota. In lieu of flowers, memorials are preferred to St. Jude Children’s Research Hospital. Services are prearranged and performed by Worlein Funeral Home of Austin. Condolences may be expressed to the family online at www.worlein.com.