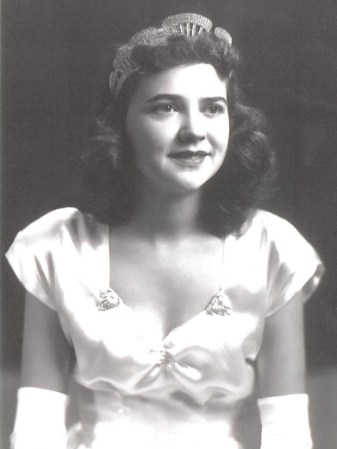 Lois Beth Hesla, age 97 of Austin, Minnesota, died Wednesday, January 4, 2023, at her home at the Cedars of Austin. Daughter of Peter Larson and Ruth (Gunnarson) Larson. Lois was born on December 2, 1925, at home in Sisseton, South Dakota, and was baptized and confirmed at Goodwill Lutheran Church. She attended high school in town and graduated in 1943. Lois attended and graduated from Augustana College in Sioux Falls, South Dakota, and was homecoming queen her senior year. That year she met Inman Hesla and started a courtship on choir tour. Lois graduated from Augustana in 1947 and taught school in Odebolt, Iowa and Mitchell, South Dakota for the next two years, rooming with her high school friend, Esther Johnstad. Lois married Inman A. Hesla on July 24, 1949, in Sisseton, South Dakota. The couple moved to Dallas for a year and then to St. Paul where they started their family with the birth of Todd. The couple moved to Austin in July of 1952. Lois always wanted four children and she had three more babies in Austin.

She made her mark here in being a wonderful mother and faithful member of her beloved St. Olaf Lutheran Church. She organized “play school” with other mothers in the neighborhood, taking turns giving each other breaks.

She sang in the church choir for many years and taught Sunday School. She did quilting, rosemaling, and was a Gray Lady at St. Olaf Hospital where Inman was a doctor.

Lois enjoyed singing and playing games with her family, rosemaling, bird watching, and spending a week at the lake with family for over 40 years. We felt she was the kindest person we have ever known. And she always believed she would see Inman, her parents, and her brother, Wyllis after she died. She was greatly loved and will be dearly missed by her family, friends, and the Austin community.

Sebastian, and Neve; many nieces, nephews, other relatives, and friends. She was preceded in death by her husband, Inman Hesla; her parents; and her brother, Wyllis Larson.

A funeral service will be held at 11:00 a.m. on Saturday, January 14, 2023, at St. Olaf Lutheran Church in Austin. Visitation will take place one hour prior to the service. Interment will be in Oakwood Cemetery, Austin, Minnesota. The family prefers that memorials be directed to the St. Olaf Church Endowment Fund or to Augustana College in Sioux Falls, SD. Worlein Funeral Home of Austin is assisting the family with arrangements. Condolences may be expressed to the family online at www.worlein.com.