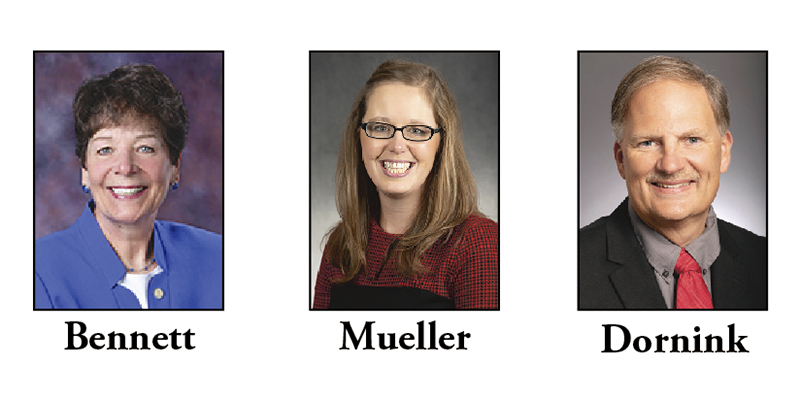 Area legislators were sworn in for another term on Tuesday — this time under new districts because of changes in legislative boundaries.

Reps. Peggy Bennett, R-Albert Lea, and Patricia Mueller, R-Austin, were sworn in as House District 23A and 23B representatives, respectively, and Gene Dornink, R-Brownsdale, was sworn in as District 23 senator.

“I’m humbled by the opportunity to once again serve the people of southern Minnesota, and I am excited once again to represent their interests,” said Bennett, a former teacher who was first elected in 2014, in a news release.

Mueller, also a longtime teacher, said it was an honor for her to continue representing the community in the House. She was first elected in 2020. Her area expanded into Freeborn County in this term, including Hayward, Hayward Township, London Township, Moscow Township, Myrtle, Newry Township, Oakland Township and Shell Rock Township.

“It is truly an honor to continue representing our community in the House,” Mueller said in a news release. “I look forward to getting to work for the people of District 23B and advocating for their priorities during this legislative session. As always, I welcome people in our community to contact my office to share their ideas and input about what they would like to see happen this session.”

Dornink, who is starting his second term in office, will serve as the Republican lead of the Senate Labor Committee. He is also a member of the Agriculture, Broadband and Rural Development and Elections committees.