Lang kickstarts Packers to a win over I-90 rivals 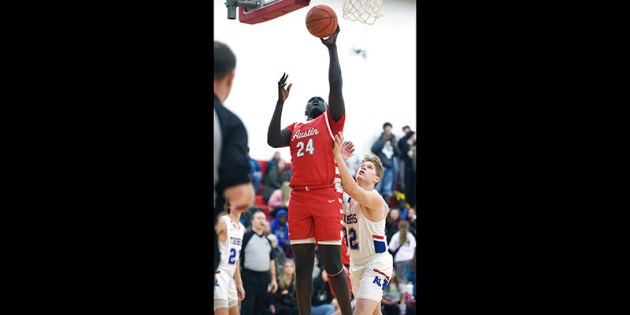 Austin’s Buai Duop the gets the lay-up ahead of Albert Lea’s Logan Strom during the first half Monday night in Packer Gym. Eric Johnson/photodesk@austindailyherald.com 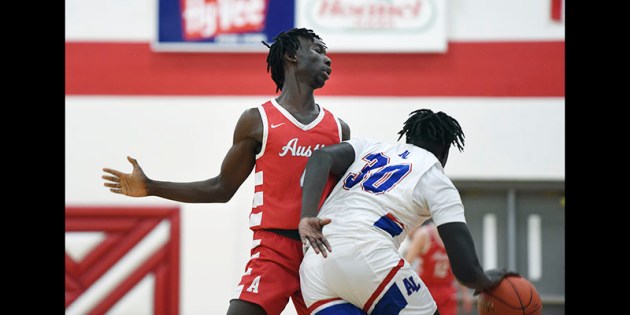 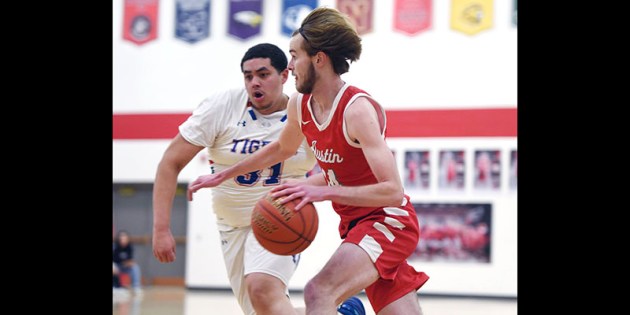 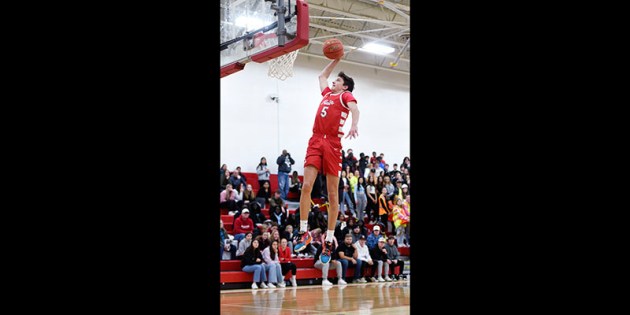 Austin’s Jacob Herrick rises to dunk during the first half Monday night in Packer Gym against Albert Lea. Eric Johnson/photodesk@austindailyherald.com 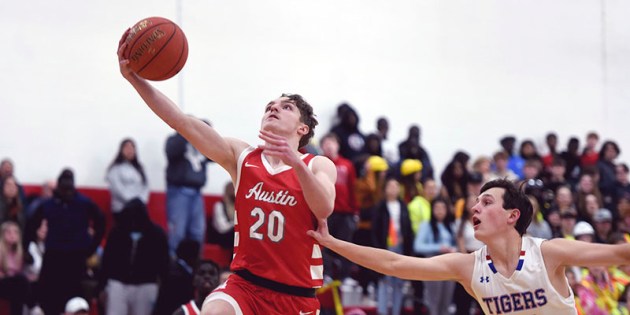 The Austin boys basketball team led big for most of the night as it took care of business in an 83-71 win over Albert Lea in Packer Gym Monday night.

The Tigers (4-10 overall) made a late push against Austin’s reserves after the Packers had led by 15 or more for most of the second half, but the game was never in jeapardy.

AL’s last real chance to get back in the game came when it pulled within 61-47 when Pal Wal connected on a three with 8:40 left, but Jack Lang, who finished with 20 points, hit a three to push the lead back to 64-47.

Lang attended his sister’s wedding over the past weekend, but was able to bring his ‘A’ game on short rest.

“Luckily I had Sunday to recuperate. Today I was ready and I was excited,” Lang said. “I love basketball. I’m glad when there’s not a break. We still have a lot of things to work on, but I think we’re now focusing on the little things instead of the big things, which is good.”

Jacob Herrick had an outstanding overall game for Austin as he finished with 11 points, 11 rebounds and six assists for the Packers. Herrick has made a big impact in his first varsity season.

“Coach is always telling us that rebounding is one of our non-negotiables. The past few years, I feel like I haven’t done especially well on rebounding,” Herrick said. “These past few games have been better for me. I thought it would be a lot more difficult for me going up to varsity, but I played with a lot of these guys in AYB and we clicked right away.”

AL was within 32-23 in the first half when the Packers put together a 12-0 sprint that made it 44-23 after Ater Manyuon threw down a breakaway jam.

AL held a brief 8-7 lead after a score by Wal, but the Packers scored the next 12 points as Lang hit his first of three first half three-pointers for the Packers to make it 20-8.

Austin is very familiar with AL’s roster as some of the Tigers have played open gym with the Packers over the summer and some are AAU teammates. Austin head coach Jamaal Gibson was glad with how the Packers (10-4 overall) started against their I-90 rivals, but he wasn’t happy with how they finished.

“They might have the best player in the conference in Pal Wal,” Gibson said. “We did a good job on him in the first half, but once we jumped on them, our guys kind of checked out and that’s not alright. That builds bad habits, and we need to keep that lead growing. We’ve got to be better about playing hard on defense for the entire game and some of our guys got lazy.”