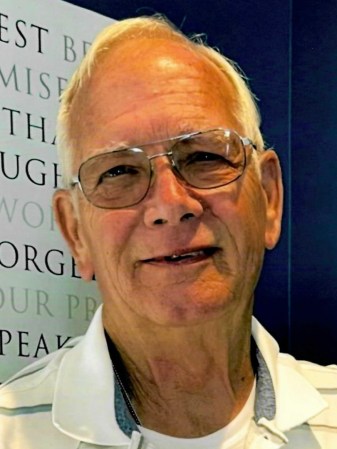 John Steven Peterson, 80, of Austin, Minnesota passed away on Friday December 30, 2022 at St. Marys Hospital in Rochester, Minnesota with his family by his side.

John was born on September 6, 1942, in Minneapolis, Minnesota to Raymond and Katherine (Reynolds) Peterson. He grew up on the family farm in Anoka, Minnesota where he graduated from Anoka High School in 1960. After graduation, he went directly to work for Rural Coop Power Association (RCPA) in Elk River, Minnesota for 10 years.

He married Virginia (Ginny) Potvin on June 20th, 1964, at Our Lady of Victory in Minneapolis, Minnesota. They moved to Austin, Minnesota in January of 1970 when John was hired by the Austin Utilities as Boiler Operator. He continued his employment at the plant until his retirement in August of 2001.

John was a “Mr. Fix It”. He spent countless hours in his workshop repairing and enhancing household items. He was a gifted woodworker and created many personalized items for his children and grandchildren. Another favorite hobby was his love of gardening.

One of his favorite places to hang out was Kenny’s Oak Grill. He loved sitting at the counter drinking coffee and talking with his buddies daily.

John was a faithful member of the Knights of Columbus since 2000. He received the honor of Fourth Degree in May of 2003.

He was preceded in death by his parents, Raymond Peterson and Katherine Lahn, brother James Peterson and granddaughter Amanda Peterson.

A memorial Mass will be celebrated at 10:30 am on Thursday January 5th at St. Edward Catholic Church with Father Jim Steffes officiating. Visitation will be at the church Thursday morning one hour prior to the service. A private family burial will be held at a later date.

In lieu of flowers, memorials are preferred to St. Edward Catholic Church, Ronald McDonald House of Rochester or the American Heart Association.

Clasen-Jordan Mortuary is assisting the family with arrangements.