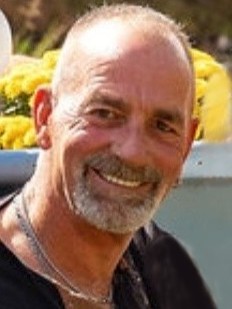 John “Jack” Wayne Bridley, age 55, of Myrtle, Minnesota, passed away on Sunday, January 8, 2023. Jack was born September 19, 1967, in Albert Lea, Minnesota, to Leo and Bonnie (Jacobson) Bridley. He graduated with the class of 1986 from Austin High School and went on to attend Austin Vo-Tech for auto body mechanics. Following Vo-Tech, Jack worked as a millwright, welder, and carpenter in Bemidji, Minnesota for 18 years. He then moved back to the Moscow area, where he worked in construction for a few years before beginning his 15-year career with Broskoff Structures. In 2009, he met Karrie Butler and the couple shared over 13 years together, marrying on May 31, 2020, on a farm in Shevlin, Minnesota. In his free time, Jack enjoyed hunting, fishing, arrowhead hunting, and collecting antique fishing poles. He also loved spending time with his family, friends, and grandkids.

A memorial service will be held at 11:00 a.m. on Friday, January 13, 2023, at Oakland Lutheran Church in rural Oakland, Minnesota. Visitation will take place from 5:00-7:00 p.m. on Thursday, January 12, at Worlein Funeral Home in Austin and will continue for one hour prior to the service at the church on Friday. Interment will be in Oakland Lutheran Cemetery. Worlein Funeral Home of Austin is assisting the family with arrangements. Condolences may be expressed to the family online at www.worlein.com.