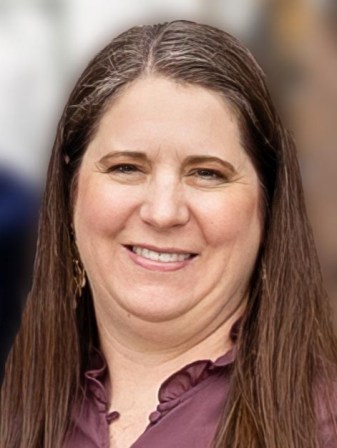 Janelle Louise Morio, 43, of Hiawatha passed away Sunday, January 8, 2023 at her home. Funeral Mass: 10 a.m. Tuesday, January 17, 2023 at St. Elizabeth Ann Seton Catholic Church by Fr. Gary Mayer. Private burial: St. Joseph’s Cemetery. Friends may visit with the family on Monday, from 5 to 8 p.m. at the church and after 9 a.m. on Tuesday. Teahen Funeral Home and Cremation Service is caring for the family.

Janelle is survived by her husband, Tyson and their children, Luke and Jack Morio of Hiawatha; parents, Rick and Carol Young of Austin MN.; brother, Paul (Casey) Young of Erie, CO.; and sister, Amanda (John Adams) Young of Broomfield, CO.

Janelle was preceded in death by her grandparents, Hiram and Mildred Klooster and Morris and Dorothy Young.

Janelle was born on April 3, 1979 in Iowa City, the daughter of Richard and Carol (Klooster) Young. She graduated from Austin (MN) High School and then in 2001 from Wartburg College, obtaining a BA degree. Janelle later obtained her MBA from the University of Iowa. On October 28, 2006 she married Tyson Morio in Cedar Rapids. Janelle worked for Transamerica since 2005. She was an active member at St. Elizabeth Ann Seton Catholic Church, as well as her sons’ Scouts BSA troop.

Instead of flowers, memorials may be directed to the University of Iowa Stead Family Children’s Hospital Pediatric Cardiology Clinic.

Online condolences can be left at www.teahenfuneralhome.com.