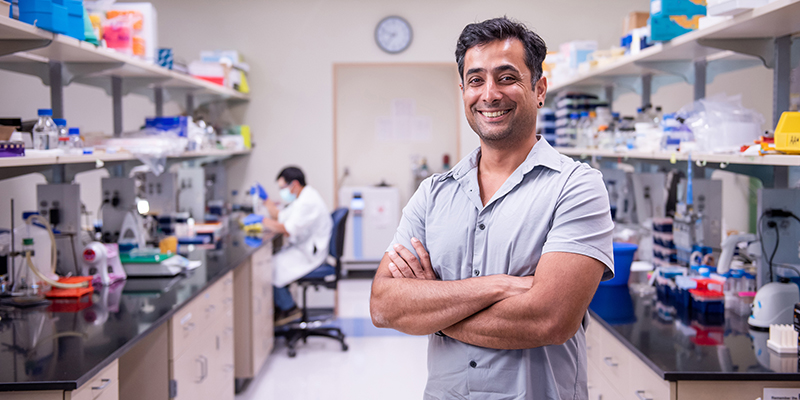 A team of scientists from The Hormel Institute, University of Minnesota, have published research that could have implications for the development of Alzheimer’s disease.

The team, led by Amer Alam, PhD, Assistant Professor and leader of the Structural Biology of Membrane Transport research section, used the Institute’s state of the art Cryo-EM, one of the world’s most powerful electron microscopes, for this research. 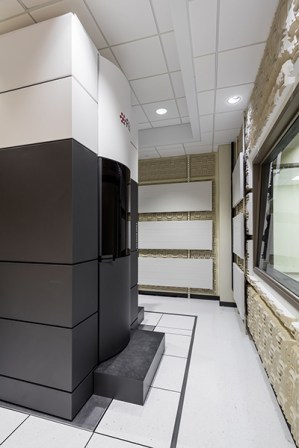 “Cryo-EM has allowed us to visualize molecules previously considered too difficult to see at high resolution,” Alam said. “This research would not be possible without the advances in cryo-EM, which The Hormel Institute was an early leader in recognizing and adopting.”

Cryo-EM technology allows scientists to see the structure of some of the smallest parts of our bodies – down to the near-atomic level. Using this technology, Alam and his team gathered high resolution images of a protein called ABCA7, which has been linked to Alzheimer’s disease.

Mutations in the gene for ABCA7 have been strongly linked with late-onset Alzheimer’s Disease, but much less is known about how the altered function of this protein contributes to the development of the disease. Alam and his team generated a model of the protein’s structure that helps explain how it may contribute to Alzheimer’s development.

Alzheimer’s is the most common form of dementia and impacts millions of people globally. There is no cure for the disease, but Alam believes this research could be a stepping stone to new treatments.

“This opens the door for potential therapeutic strategies aimed at reducing ABCA7 dysfunction as a possible pathway for tackling Alzheimer’s,” Alam said. “We are now trying to understand how ABCA7 affects cell metabolism and immune response as they relate to the development of Alzheimer’s disease.”

The Hormel Institute’s Le Thi My Le, PhD, and James Thompson, PhD, served as joint first authors on the article titled “Cryo-EM structures of human ABCA7 provide insights into its phospholipid translocation mechanisms.” The article is published in The EMBO Journal. The full article is available at https://www.embopress.org/doi/full/10.15252/embj.2022111065.