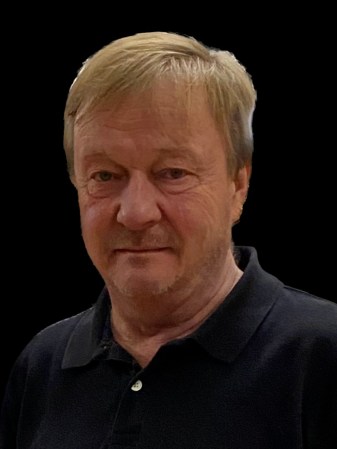 David D. Rosenthal, 59, formerly of Austin and currently of Roseville, MN, died Tuesday, January 10, 2023 at the University of Minnesota Fairview Hospital in Minneapolis after a brief illness . Dave was born to Darrell and Lorraine (Cornelius) Rosenthal on July 30, 1963, in Austin, MN. He graduated in 1981 from Pacelli Catholic High School and, immediately following graduation, began working along side his dad selling and installing flooring at Rosenthal’s Flooring & Decorating.

Dave was a proud parent of three children. He enjoyed camping, country music, fishing, going to car shows, going to the Minnesota State Fair and good food. He was the king of the one-liner, his quick wit will never be matched. After retiring from the flooring industry, he enjoyed being a grandfather, outings and adventures with his family and, chose to work for fun, occasionally, in the culinary industry. Dave was kind, a hard worker and always the first person to offer help to someone in need. He will be profoundly missed by everyone in his life.

He is preceded in death by his father, Darrell Rosenthal; his brother, Thomas Rosenthal; his grandparents, Isabelle (Cornelius) and Carl Anderson & Dudley and Donna Rosenthal, and his aunts and uncles.

A Funeral Mass will be celebrated at 11 am on Monday, January 16, 2023 at St. Augustine Catholic Church with Father James Steffes officiating. There will be visitation from 1-3 pm on Sunday at Mayer Funeral Home and also one hour before the mass at the church on Monday. Interment will be in Fairview Cemetery in Oakland.