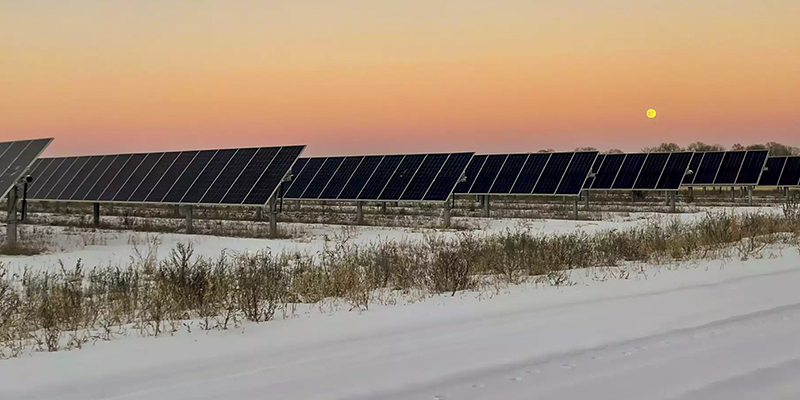 A bill that would speed up Minnesota’s transition to clean electricity cleared its first committee hurdle at the state Capitol on Wednesday.

It would require the state’s utilities to use only carbon-free sources to generate electricity by 2040.

The House climate and energy committee approved the bill along party lines. Its next stop is the House floor.

During Wednesday’s hearing, the bill drew plenty of support from clean energy advocates and labor unions, who are hopeful it would reduce Minnesota’s reliance on fossil fuels to generate power, and also create jobs in the clean energy sector.

But the bill also has critics, including some rural electric cooperatives and Republican lawmakers, who say meeting the mandate could make it difficult to provide affordable, reliable electricity.

The bill’s author, House Majority Leader Jamie Long, told the House climate and energy committee that Minnesota has fallen behind other states when it comes to clean energy, and is not on track to meet its goals of cutting greenhouse gas emissions.

“We have an incredible opportunity now to regain our clean energy leadership,” said Long, DFL-Minneapolis. “Minnesota doesn’t have any fossil fuels. So we send $13 billion out of state each year to buy energy. That’s 4 percent of our state GDP that could create jobs right here in Minnesota.”

Under the bill, utilities would need to increase the amount of their retail electric sales generated from renewable energy sources — wind or solar — to 55 percent by 2035.

They would also be required to have 80 percent of their electricity from carbon-free sources by 2030, increasing to 100 percent by 2040.

Many clean energy advocates and labor union representatives turned out to testify in favor of the bill, arguing it’s important for utilities to move more quickly to sources of electricity that don’t produce carbon dioxide and other greenhouse gases.

“Climate science demands this,” said Michael Noble, executive director of the nonprofit advocacy group Fresh Energy. He said the cost of solar, wind and energy storage have all declined dramatically in recent years, and the recently passed Inflation Reduction Act includes federal tax credits for renewable energy, “so this is a great time to accelerate our efforts.”

The state’s largest electric utilities, including Xcel Energy and Minnesota Power, have pledged to be carbon-free by 2050.

Chris Clark, president of Xcel Energy in Minnesota, North Dakota and South Dakota, noted that the bill encourages the company to move faster, “which we find exciting but challenging.” It would require completing planned projects such as a large solar project near Becker, he said, as well as embracing new technologies.

But some rural electric cooperatives and other groups testified that it could be difficult to meet the mandate while maintaining affordable, reliable power.

Brian Cook, director of energy policy for the Minnesota Chamber of Commerce, said it will be costly for utilities to meet the deadline, and Minnesota already is facing rapidly rising electricity prices.

“The costs will be passed through to customers on their utility bills — customers already facing cost increases that outpace the rest of the nation,” he said. “It will put even more stress on an already stressed grid.”

The bill does allow “off ramps” for utilities if they demonstrate to the Minnesota Public Utilities Commission that meeting the benchmarks would have significant impacts on energy costs or reliability.

It also gives utilities the option of buying renewable energy credits to meet the standard, instead of buying or producing the energy directly.

Some cooperatives asked that the bill be changed to exempt fossil fuel power generated by plants outside of Minnesota, as well as gas “peaking” plants that operate when demand for electricity is high.

A companion bill has been introduced in the Senate by Sen. Nick Frentz, DFL-North Mankato.