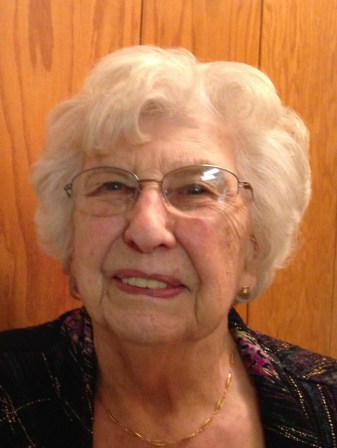 Anita Johanna (Sibenaller) Williams was born on November 3, 1927 to Michael and Frances (Hoffman) Sibenaller of Roselle, IA. She passed into eternal life on January 8, 2023 in Austin, MN. She attended Holy Angels Catholic School in Roselle, IA. On August 18, 1953 she married Anthony “Tony” Williams at Holy Angels Catholic Church. They lived in Carroll, IA and later purchased a farm outside of Taopi, MN. They moved to the farm in March 1960 where they raised their six children and lived until Tony’s death in 1996. Anita retired to Austin, MN in 1999. Faith, family, farm life, gardening, canning, puzzles, and cooking wonderful meals were important parts of her life.

Visitation will be at Clasen-Jordan Mortuary on Thursday, January 12, 2023 from 4:00 – 7:00 pm, and will continue on Friday morning for one hour prior to Mass at St. Edward’s Catholic Church. Mass of Christian Burial will be held at St. Edward’s Catholic Church, 2000 2nd Avenue NW, Austin, MN at 11:00 am. A luncheon will follow Mass in the church hall. Interment will be at Sacred Heart Catholic Cemetery in Adams, MN following the luncheon.