UPDATE: No injuries in wreck that blocked I-90 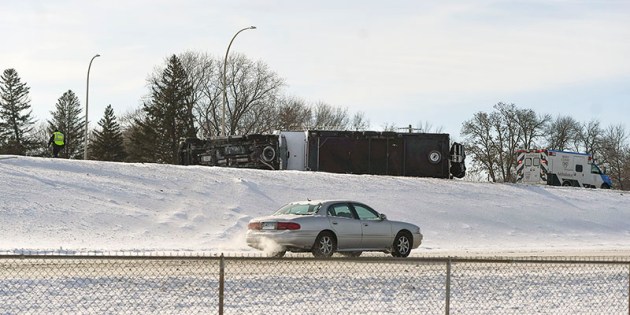 A truck and trailer lays on the side across the westbound lane of Interstate 90 after wrecking late Tuesday morning. Eric Johnson/photodesk@austindailyherald.com 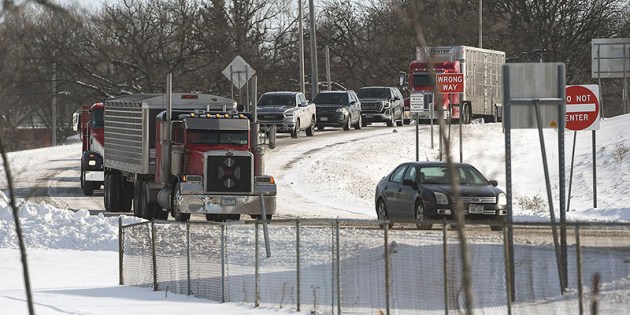 Traffic is diverted on to the Interstate 90 exit ramp and around after a truck and trailer wrecked late Tuesday morning. Eric Joihnson/photodesk@austindailyherald.com

A wreck involving a truck and trailer diverted traffic off of Interstate 90 late Tuesday morning.

According to Sgt. Troy Christianson of the Minnesota State Patrol, the rollover happened around 11:40 a.m. at the 6th Street NE ramps in the westbound lane near Hormel Corporate headquarters. A secondary crash happened behind the first. There were no injuries from either reported.

Traffic was guided down the exit ramp and back up the entrance ramp.