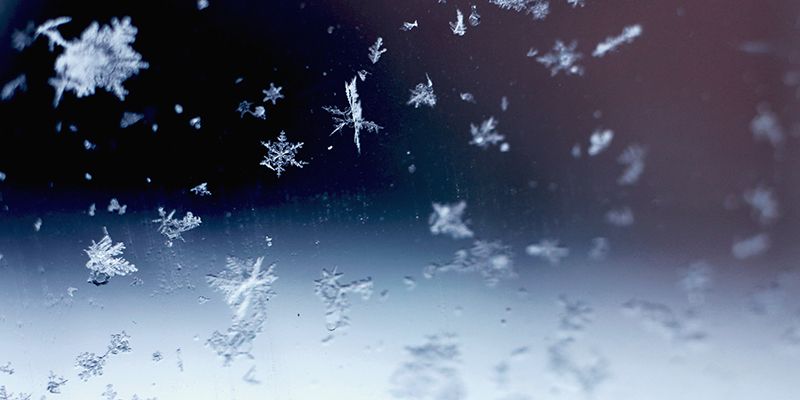 Highways across a large swath of south-central and southwest Minnesota were shut down overnight, as winds strengthened and sent freshly fallen snow airborne — leading to whiteout conditions.

And the National Weather Service urged Minnesotans to prepare for more dangerous winter weather through the day Friday.

The Minnesota Department of Transportation’s Mankato-based District 7 pulled plows off the road Thursday night as highways were closed, including Interstate 90 west of Albert Lea and State Highway 60 from Mankato to Worthington and on to the Iowa border.

Plows were set to resume working Friday morning — if weather conditions allow — as a major, multi-day winter storm continued to affect not just Minnesota but also much of the rest of the U.S.

“Challenges with this blizzard stem from prolonged high winds causing blowing and drifting snow, dramatically reduced and zero visibility at times, along with extremely dangerous wind chills,” MnDOT reported just after 6 p.m. Thursday. “Conditions could be life-threatening if travelers were to become stranded. Travelers should consider changing travel plans until the blizzard warning is no longer in effect.”

The agency also issued a warning that “it is illegal to travel on a closed road and if a motorist requires rescuing, they are liable for all related rescue costs.”

Nobles, Renville and Cottonwood counties also pulled their plows off the road Thursday.

“Our plows cannot keep up with the drifts forming on the roadways. Once they’ve been plowed off, they form back up within 5 minutes,” Cottonwood County Public Works in Windom reported Thursday.

Beyond the highway closures, a no-travel advisory was in effect overnight for a wider area, stretching to the north.

MnDOT said additional highway closures were likely heading into Friday, as blizzard warnings remain in effect into the weekend across much of the state.

The northwest winds, gusting in excess of 40 mph at times and producing life-threatening wind chills into the 40s below zero, were the second phase of a two-part storm.

The first part, from Wednesday into early Thursday, dropped more than a half-foot of light, powdery snow in parts of Minnesota — creating a perfect ingredient to combine with the winds to create whiteout conditions.

Blizzard warnings remain in effect until:

Winter storm warnings are in effect for Duluth and the northern and eastern Twin Cities metro, mostly for blowing snow. Wind chill warnings and advisories also are in effect for much of the region, as the gusty winds arrived while air temperatures were well below zero.

“Arctic air with dangerously cold wind chills will spread across the region,” the National Weather Service’s Twin Cities office warned Thursday night. “This event could be life-threatening if you are stranded with wind chills in the 30 below to 45 below zero range. Please avoid traveling. In addition, heavy snow remaining on trees from the last storm and strong winds arriving could result in tree damage and power outages as temperatures drop below zero.”

Difficult driving that started amid the falling snow on Wednesday continued into Thursday on Minnesota roads, as the subzero temperatures made it difficult to clear compacted snow and ice.

Between 6 a.m. Wednesday and 9:30 p.m. Thursday, the State Patrol reported more than 1,500 crashes and spinouts on Minnesota highways. That total is just for state and federal highways and doesn’t count city and county roads. There were no reports of serious injuries or fatalities.

Blowing and drifting snow will continue to make travel difficult across the region on Friday and into at least the first part of the weekend.

MnDOT said it would have 800 snowplows and 1,600 drivers ready to clear highways across the state, when it was safe to do so.

Drivers can check road conditions on the state’s 511 website and should try to avoid driving during the worst of the storm.

Lt. Gordon Shank with the Minnesota State Patrol said Thursday that it appeared many people were heeding warnings not to travel until the storm moves out this weekend, he added.

“For us, we know this is a long couple of days,” he said. “We’ll continue to see, with the high winds and the ice on the roadways and the blowing snow, that there are still some challenges that drivers are going to have around the state. We want drivers to make sure that they’re cognizant of that, they’re giving themselves extra time if they need to go somewhere and that they’re checking the conditions before they decide to head out.”

Snow emergency parking rules remained in effect in Minneapolis, St. Paul and some other communities.

To the west, South Dakota transportation officials closed Interstate 90 between Sioux Falls and Rapid City due to whiteout conditions. Authorities said stuck and stranded vehicles were blocking lanes of traffic along the freeway.

Interstate 29 between Sioux Falls and the North Dakota state line also is closed to all traffic.

In North Dakota, I-94 is now closed between Jamestown and the Montana state line. Even where highways are technically open, authorities are advising no travel across much of North and South Dakota.

Many flights were still set to arrive and depart on time, though, ahead of the forecast worsening of conditions later in the day.

Twin Cities airport officials said travelers should keep an eye on the forecast and their flight’s status, and expect delays on roads near the airport.

Minnesota utility companies reported scattered power outages on Thursday and early Friday. In central and northeast Minnesota, utility companies that just restored power to tens of thousands of homes and businesses which lost service amid last week’s winter storm were preparing for a potential additional round of outages.

Lake Country Power and Minnesota Power said trees and branches that were weakened — but didn’t fall — during the previous storm, may now topple onto power lines during this week’s heavy snow and strong winds.

“The biggest threat for power outages is expected to come from trees still loaded down with snow from last week’s wet, heavy snowfall. High winds, coupled with low temperatures this week that will make the trees more brittle, could lead to more trees and limbs contacting power lines,” Minnesota Power reported. The utility said its crews have “been working since last week’s storm to pre-emptively remove trees that threaten power lines and could cause an outage.”

“Despite the preventative tree removals, power outages are still possible during this storm. Travel and working conditions are expected to be hazardous and difficult at times and could slow any response during what is expected to be bitterly cold and windy weather.”

Minnesota’s natural gas providers urged customers to consider turning down their heat to conserve energy during the cold snap.

Extreme cold across much of the U.S. has caused a short-term spike in natural gas prices.

Ross Corson is a spokesperson for CenterPoint Energy, Minnesota’s largest natural gas distributor. He said they’re not concerned about having enough gas to keep the heat going. But Corson said consumers can take steps to conserve energy and save money.

“In general, I think people should just keep that thermostat at a level that they feel comfortable with. But if you can lower it, like down to 65 degrees during the day and a little bit lower even at night, or when they’re away, that conserves energy,” he said.

Corson said other ways to conserve energy include cleaning or replacing your furnace filter, keeping shades or curtains open during the day and closing them at night, and adding weather stripping around doors and windows.

Anyone who’s having trouble paying their heating bills should contact their utility to set up a payment plan and see if they’re eligible for energy assistance.

Many school districts across southern and central Minnesota canceled classes Thursday, or moved to an e-learning day.

Most districts — if they were in session this week — already had planned for Friday to be the start of the winter break, so additional school disruptions on Friday were likely to be minimal.

With temperatures below zero, Metro Transit activated its cold weather protocol Wednesday. People who need a warm place to stay will not be turned away from the Twin Cities’ public transportation if they’re unable to pay a fare.

But spokesperson Drew Kerr said the agency does not encourage people to use buses, trains or transit facilities as shelter, and should instead use public transit to access warming centers.

Kerr says managers have directed drivers and other staff to watch for anyone in need of help, and to report the information to dispatchers.