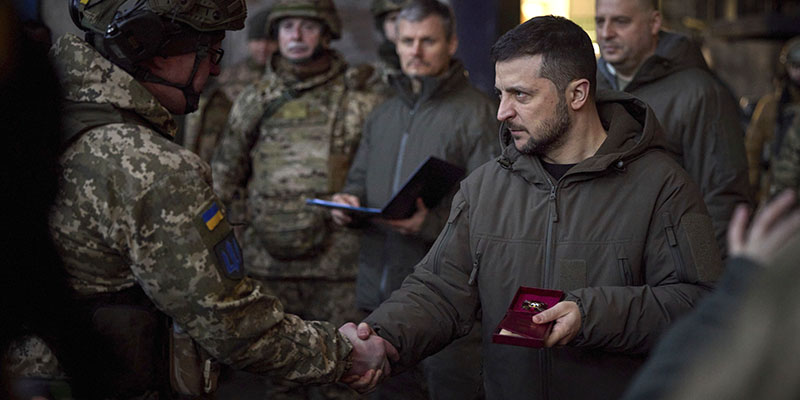 WASHINGTON — Ukrainian President Volodymyr Zelenskyy is preparing to visit Washington on Wednesday, according to three AP sources, in his first known trip outside the country since Russia’s invasion began in February.

Two congressional sources and one person familiar with the matter confirmed plans for the visit. They spoke on the condition of anonymity because of the highly sensitive nature of the trip. They said Zelenskyy’s visit, while expected, could still be called off at the last minute due to security concerns.

The visit to Washington is set to include an address to Congress on Capitol Hill and a meeting with President Joe Biden. It comes as lawmakers are set to vote on a year-end spending package that includes about $45 billion in emergency assistance to Ukraine and as the U.S. prepares to send Patriot surface-to-air missiles to the country to help stave off Russia’s invasion.

The latest tranche of U.S. funding would be the biggest American infusion of assistance yet to Ukraine, above even Biden’s $37 billion emergency request, and would ensure that funding flows to the war effort for months to come.

“We are ending a very special session of the 117th Congress with legislation that makes progress for the American people as well as support for our Democracy,” Pelosi wrote Tuesday in a letter to colleagues. “Please be present for a very special focus on Democracy Wednesday night.”

Zelenskyy has — almost daily — addressed various parliaments and international organizations by video and he has sent his wife to foreign capitals to drum up assistance. The visit comes a day after he made a daring and dangerous trip to what he called the hottest spot on the 1,300-kilometer (800-mile) front line, the city of Bakhmut in Ukraine’s contested Donetsk province.

In a video released by his office from the Bakhmut visit, Zelenskyy was handed a Ukrainian flag and alluded to delivering it to U.S. leaders.

“The guys handed over our beautiful Ukrainian flag with their signatures for us to pass on,” Zelenskyy said in the video. “We are not in an easy situation. The enemy is increasing its army. Our people are braver and need more powerful weapons. We will pass it on from the boys to the Congress, to the president of the United States. We are grateful for their support, but it is not enough. It is a hint — it is not enough.”