Road to the Gavel 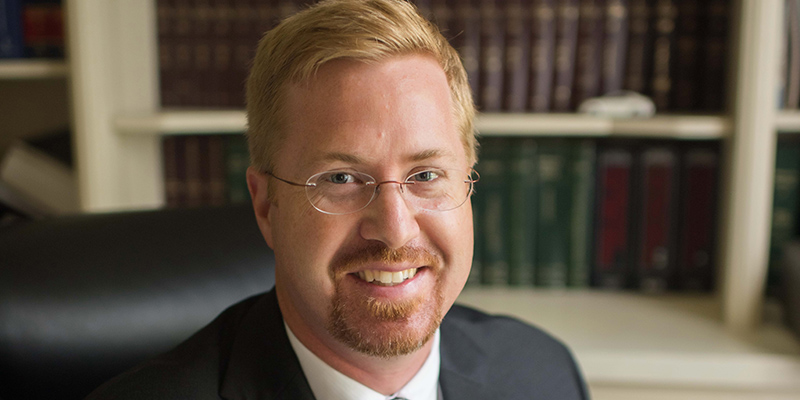 Local attorney Jeremy Clinefelter has been appointed by Gov. Tim Walz to the judge’s seat in the Third District, based out of Fillmore County. Photo provided

The path has wound through multiple prior attempts at being appointed, but it also includes a stop that was outside of a  law practice, but just as impactful.

While it wouldn’t be his final stop, it proved a valuable opportunity all the same.

“Being at a theater in a big city with 24 movies — everybody comes from all walks of life,” he said. “It gave me valuable experience dealing with the public.”

Clinefelter is the second lawyer with Austin and area connections to be appointed to a judgeship this year, following Natalie Martinez, who took the oath this past summer and is based in Austin. Clinefelter at one point worked with Martinez at Donnelly Law Office in Austin.

However, the path was quite a bit different, including his swearing in held in a rather unconventional manner.

Because of the election, which included Gov. Tim Walz, the process had to be postponed and rescheduled. Originally, it was to take place this past October, but didn’t actually happened until a judge’s conference in December.

His first day was earlier in the month on Dec. 7.

“I took the oath in a hallway in the Radison somewhere,” he said with a chuckle. “It was a small intimate group, but we officially got it done so I could be employed.”

Clinefelter’s investiture ceremony will take place on Jan. 20 in the Fillmore County Courthouse.

It will mark the next part of a long journey that started rather inauspiciously.

“I always knew I wanted to go back to school, but I wasn’t sure what I wanted to do,” Clinefelter said. “Eventually, I decided on law school based on a class I had in college, which I thought was inspiring.”

That class had students perform a mock trial that took place during the onset of the Revolutionary War. Clinefelter was one of the British lawyers defending British soldiers and revolved around the question of who fired the first shots at Lexington.

The opportunity stayed with Clinefelter and so along with wife Julie, who is the Austin Public Library’s director, they began looking for a college that not only suited Clinefelter’s law education, but offered a masters in Library Science for Julie.

They settled on the University of Missouri-Columbia, however, a friend of Clinefelter’s urged him to visit Hamline University in St. Paul. The move suited him and still provided Julie an opportunity to pursue her library degree at St. Kate’s University.

“I really liked it because I came from the liberal arts small college background and that appealed to me, more than the massive university like the University of Missouri,” Clinefelter said.

Clinefelter took a traditional route, which would account for three years. During that time, Clinefelter knew quickly he wanted to be a litigator and work in the public sector.

During his three years Clinefelter worked as a legal aid in Olmsted County and then worked as a non-partisan researcher at the Minnesota Senate before joining the US Attorney’s Office in Minnesota during the summer of his second year.

Clinefelter followed that up with a third-year hire as a clerk in the Minnesota Attorney General’s office, criminal appellate division.

He continued forward with an eye on being a clerk for the experience, but a hiring freeze by the state government derailed that path.

“Unfortunately, August of 2002, the government was not getting along and there was a state hiring freeze fall and that’s normally when you start clerkships because you take the bar in July and you’re waiting for your results that come in September or October,” Clinefelter said. “You can clerk when you’re not licensed as an attorney, you just need a law degree. That didn’t materialize because of the hiring freeze and it just went on and on.”

For a short period of time, about four to five months, Clinefelter was a stay-at-home dad, something he relished. He also spent time as a volunteer clerk until finally being hired by the Mower County Attorney’s office, where he worked for 13 years, starting with misdemeanors and juveniles.

“They handed me a stack of misdemeanor files and said, ‘you got trials tomorrow and go make mistakes and learn basically,’” he said, referencing a time of turn over from the previous election. “They were swamped.”

“It was a great environment,” he continued. “We had a great group for sure. A great support staff.”

But after 13 years, Clinefelter was looking for a change and joined the Public Defenders Office. He worked three-quarters time as a public defender for Freeborn County and then spent the rest of the time working out of Donnelly Law Office.

For five years he held those positions. The experience of working with clients provided a template for the future.

“It really changed my outlook,” he said. “It made me a better attorney and a better person doing it.”

In May of 2021, he was offered and took the managing attorney position for the Owatonna Public Defenders Office, which covered a large swath of territory including Rice, Waseca, Steele, Freeborn and Mower counties.

Throughout this process, Clinefelter made several attempts to be appointed, starting in the 2010s when a former Mower County-based judge broached the subject.

“Judge (Donald) Rysavy encouraged me to apply,” Clinefelter remembered. “I felt like at the time I was too inexperienced.”

That first time he was interviewed by the  Commission on Judicial Selection. He applied again in 2015, the first year a third seat was opened in Mower County. He also applied for an open chair in Freeborn and another chair in Mower, which was subsequently given to Martinez this summer.

While Clinefelter began to think twice about applying for another chair, those around him kept urging him to apply. Then, the Third District seat opened in Fillmore. In late November the announcement came that he had been chosen.

While it might have taken longer than he had hoped, Clinefelter said he was able to gain so much good experience by working both sides of the law. Something he sees as a necessary balance to his duties as judge.

“That perspective is incredibly valuable,” Clinefelter said. “When I look back on it, it’s almost comical to me that I could be picked to be a judge with only prosecutorial experience because to look at me as a person, the attorney, now having had that experience when I didn’t. It’s night and day.”

It’s an experience he recommends to all who might be considering moving to pick up the gavel.

“I’m hopeful that it makes me a wiser, more thoughtful and deliberate judge because I have a broader experience base to draw from when making decisions.”

Clinefelter enters his new position at an exciting time. Fillmore Central has left a shared probation system with Dodge and Olmsted counties and is now independent. At the same time, the county is in the early stages of building a new jail.

He will also serve 54 days in Winona County because Fillmore County isn’t considered a full caseload.

That within itself is an opportunity worth relishing.

“This is exciting to me in the sense that (I) will be in different cultures, different courthouses, different attorneys making arguments,” Clinefelter said. “That’s one thing I really liked about getting out of the county attorney’s office and seeing the world so to speak.”