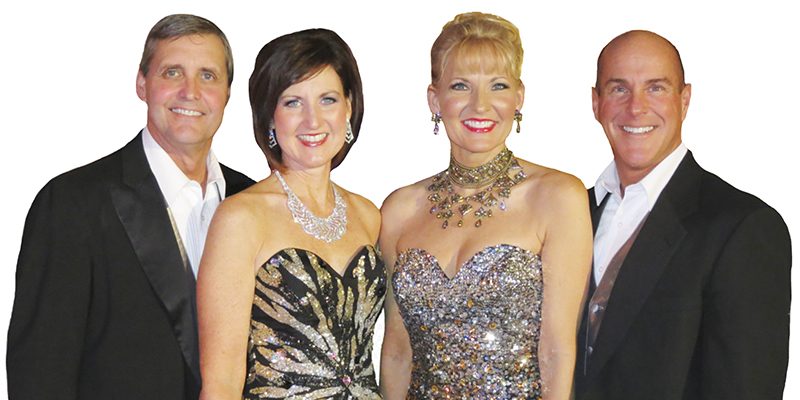 The excitement is building for our upcoming concert with Michael Veldman and Friends on Dec. 11 at Knowlton Auditorium starting at 2 p.m.

Michael, along with Erin Schumacher, Kaye Perry and Brian Bawek, have been rehearsing with us already and we are finding that the combination of four wonderful voices with the Symphony Orchestra is really beautiful. The orchestra will be performing two medleys on their own and then be joined by the quartet to perform many of your favorite sacred and secular holiday songs, including “The Prayer,” “Feliz Navidad,” “White Christmas,” and even some jazz arrangements to name just a few.

Tickets are going fast, so I suggest you stop at Hy-Vee or Coffee House on Main or visit our website (www.austinmnsymphony.org) to purchase your tickets.

If you buy online you will receive an email, which will allow you to pick up your ticket at the will call desk the day of the concert.

Price is $20 if purchased before the concert and $25 at the door. Youth through college are free. All seating is general admission so we cannot reserve seats for the general public. Because of this we will be opening our doors at 1:15 p.m.

Here is a brief history of Michael Veldman and Friends.

Michael, along with Executive Producer Joann Orcutt Stevens, created a restoration fundraiser for the Paramount Theatre in October of 1997. It was titled “Michael Veldman and Friends.” In order to create the show, Michael would have to call upon 20 of his closest friends to volunteer their time and talents for this endeavor.

Accompanying them was a live band, consisting of Jan and Conrad Muzik, along with their son Danny Muzik and Mike Baudler.  With nearly 800 people packing St. Augustine’s Church, Joann immediately knew there was something special here. After very little discussion, Erin, Kaye and Brian joined Michael to create the newly formed quartet.

In 2001, with restorations still progressing and at the time no heat in the Paramount, patrons wearing winter jackets, hats and gloves, attended the first MV&F Christmas Holiday Show. With 11 years passing and over 60 shows performed, the group had donated well over $275,000 in proceeds, which went towards renovations, equipment purchases, as well as selected gifts to Hormel Autism Camp, Red Cross, Karl Potach Pediatrics Wing at AMC, Ronald McDonald House and the Maureen Cahill Endowment Fund at Riverland.

According to former Paramount Manager Scott Anderson, “Michael Veldman and Friends was the most successful and longest running show in Paramount history. In 2014 they closed out their show and retired from the Paramount Theatre.

We gather today as a “community family” experiencing the sounds of this holiday season. We would like to thank all of you for attending and wish you safe travels and best wishes in the coming year.