Pair sentenced in 2021 death of an Austin man 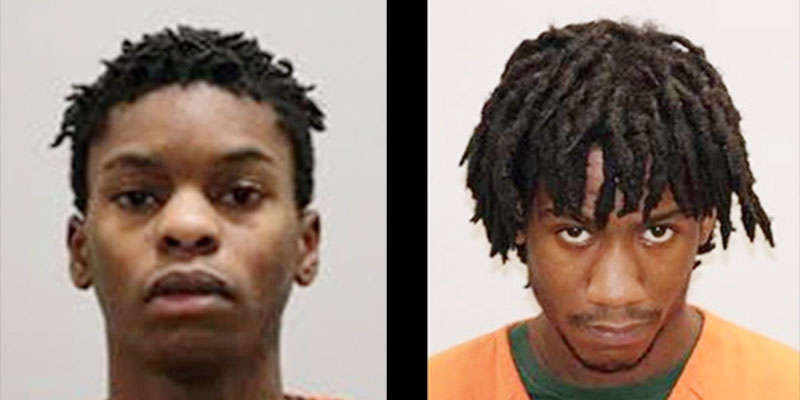 Both sentenced for felony manslaughter

A pair of men who were charged in the death of an Austin man in October of 2021 were sentenced on manslaughter charges late Friday afternoon in Mower County District Court.

Tyrone James Williams, 22, and Nickalos Dewayne Taylor, 19, were both sentenced on a single felony count of second degree manslaughter-culpable negligence creating unreasonable risk in the death of 75-year-old William Hall, who was found dead in his home in October 2021.

They are the first two of three people arrested in connection to the case to be sentenced. Francisco Javier Lagunes Silva, 19, was the first arrest in the case and awaits sentencing on Jan. 19, 2023 after changing his plea to guilty on one count of felony second degree manslaughter earlier this month.

Williams, who was arrested in March of this year, was likewise charged with the same three felonies and like Taylor, changed his plea in September to guilty on the manslaughter charge.

Hall was found dead in his home on Oct. 13, 2021, by two people familiar with him when they were delivering him food. He was found in a greenhouse with blood coming from an injury on the victim’s right elbow, but police didn’t notice any other injuries.

Security footage from a neighbor obtained by detectives revealed several young males in the vicinity of Hall’s home the day prior. They also collected audio from the encounter. In the audio Hall could be heard screaming and the video showed four males riding away on their bicycles.

A couple minutes later Hall could be heard yelling, “Give me my pipe back!”

The remaining males were then seen running from the house.

Silva was arrested a few days later, identified by items he was wearing that matched his description in a still photo from the scene.