Packers defend their way to a win over Huskies 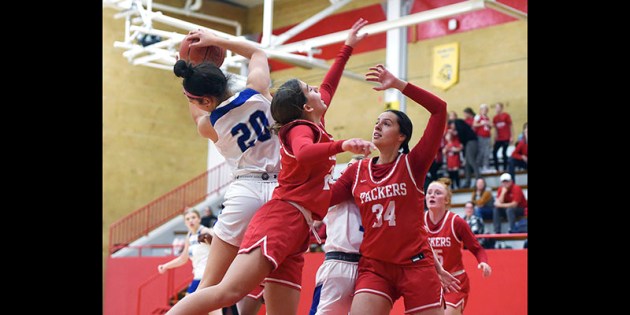 Austin’s Quinn Osgood and Isabella Weideman vie for a rebound with Owatonna’s Preslee Hodgman during the first half Friday night in Ove Berven Gym. Eric Johnson/photodesk@austindailyherald.com 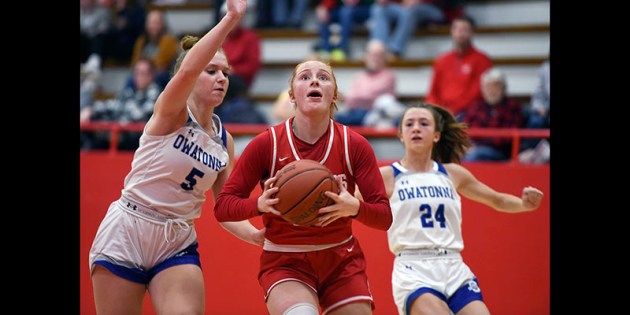 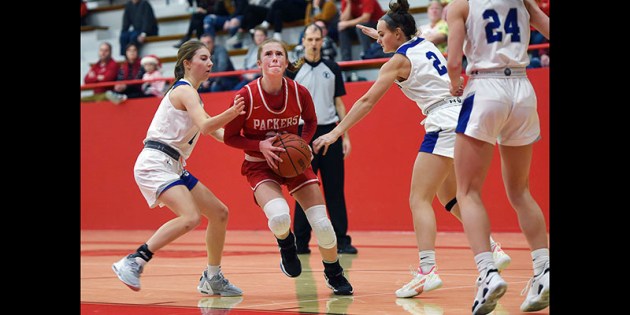 Austin’s Marissa Shute drives against the Owatonna defense during the first half Friday night at Ove Berven Gym. Eric Johnson/photodesk@austindailyherald.com 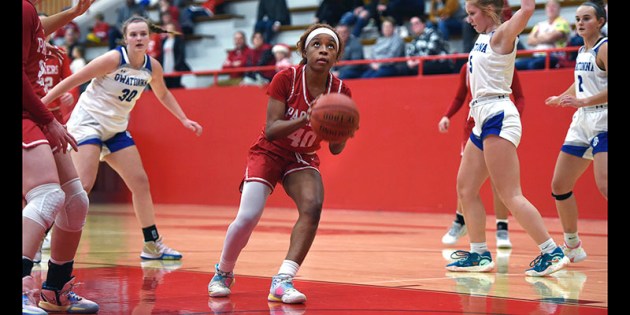 Austin’s Marie Tolbert pulls up to shoot against Owatonna in the first half Friday night in Ove Berven gym. Eric Johnson/photodesk@austindailyherald.com 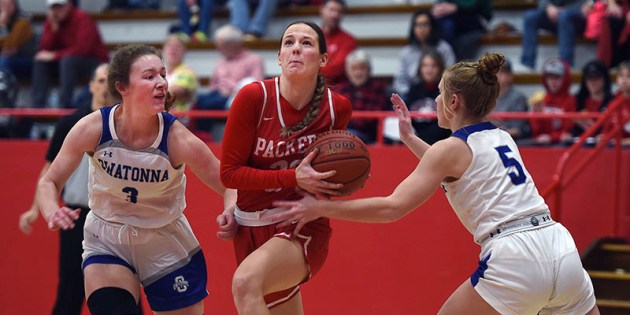 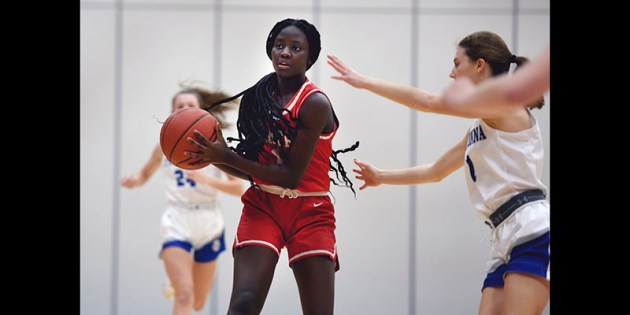 Austin’s Ajiem Agwa looks for an outlet during the first half against Owatonna Friday night in Ove Berven Gym. Eric Johnson/photodesk@austindailyherald.com

The Packer girls basketball used its defense to offset some ball handling problems as they outlasted Owatonna 43-27 in Ove Berven Gym Friday night.

The Packers (4-2 overall) committed 24 turnovers, but they didn’t give an inch on the defensive end of the court as they swarmed Owatonna (1-4 overall) throughout the contest.

“We have a lot of bodies that we can play with and we expect them all to give it everything that they’ve got,” Austin head coach Eric Zoske said. “We play ten plus players and that’s a fun system. The defense has to be there. We’re turning the ball over too much and we’ve gotten a little out of control, but it’s all part of the system and we’re getting better.”

Both teams had big struggles on offense throughout the second half and the Packers were able to receive a spark off the bench as eighth grader Addison Walsh hit a runner to make it 29-22 Austin and eighth grader Quinn Osgood scored to put Austin up 31-25.

Senior Olivia Walsh gave the Packers even more space as she converted back-to-back scores to make it 35-25 with 4:54 left. Olivia controlled the game on the defensive end as she blocked three Husky shots in the final ten minutes.

She finished with 11 points, 13 rebounds and four steals.

“We had to come back from a really rough game at Red Wing where we didn’t play our best on Tuesday,” Olivia said. “It really started with our defense and making adjustments from Tuesday’s game.”

“When I was a freshman and I came off the bench, I was so nervous that I never shot and I turned the ball over a lot,” Olivia said. “They have really come into their own and they’ve shown no nerves.”

After battling back and forth early in the game, the Packers closed the final seven minutes of the second half on an 11-3 rally as Ajiem Agwa converted a pair of inside scores to ignite the run. Marissa Shute added a three to put Austin up 23-15 and the Packers held a 25-16 advantage at the break.

Agwa closed the half with a stellar defensive play as she hustled to block a shot after the Huskies had come up with a steal with three seconds remaining.

Agwa, a sophomore, scored 12 points as she continues to grow as a varsity starter.

“I’ve learned to go slower than the way I played on JV when I went super fast,” Agwa said. “I have to go slow, take my time and take my shots when I can.”

Austin honored its AYB players on Friday as they received free entry and were able to meet and get autographs from the varsity players after the game.

“We have a good system going on here in the community and we don’t have the success that we’ve had without the AYB program,” Zoske said. “I want to thank the boosters, the board, the coaches, the parents and the players who are giving up their nights and weekends for these girls to play basketball.”