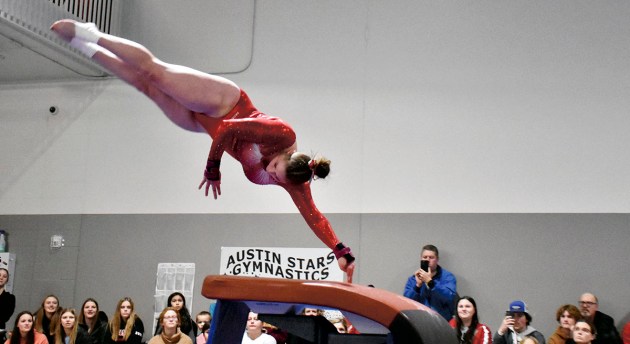 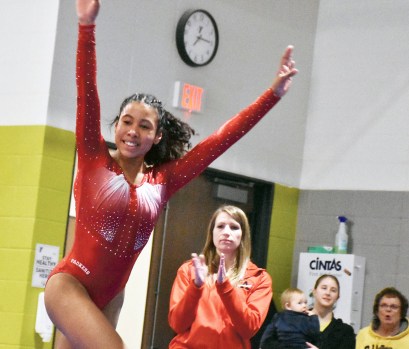 The Austin gymnastics team took second place in a triangular at the YMCA Tuesday.