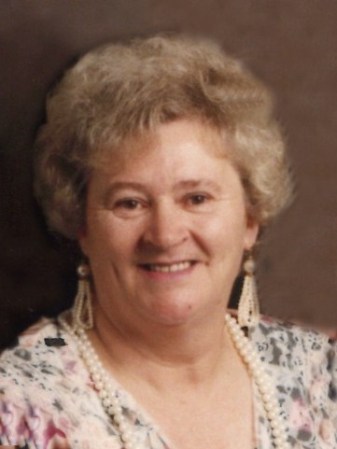 Norma Lois Jensen was born on August 29th, 1939 in Austin, Minnesota to Ernest and Ella (Hangge) Badenschier. She died peacefully on November 30, 2022 at the Good Shephard Memory Cottages in Sauk Rapids, Minnesota.

She attended her first four grades of school in Kensett, Iowa, another grade at a country school in Hartland Township near Northwood, Iowa, and her last grades in Northwood, Iowa. She graduated from Northwood High School in 1957.

She married Emil Jensen on June 1st, 1958 at the Little Brown Church in Nashua, Iowa. They lived in Albert Lea, Minnesota until moving to Paynesville, Minnesota in 1974.

Since her graduation, Norma held a variety of jobs. She worked as a stockroom clerk, retail clerk, seasonal farm laborer, at corn canning plants for Birdseye and Green Giant during the fall harvesting seasons, at seasonal potato farm warehouses, and as a restaurant hostess among other odd jobs.

Norma was a room mother to her children’s classrooms and was a leader in the Paynesville 4-H Club. She was a charter member of the Koronis Nite Owl square dance group of Paynesville and served in the roles of President and Vice President in this organization. She also belonged to the Roscoe Sportsman’s Club. Norma was an avid cornhusker, winning several competition championships and awards both locally and nationally.

Norma was a great animal lover of dogs, cats, and other animals and took great pride with her husband Emil in raising their purebred Polled Hereford herd.

She is preceded in death by husbands Emil Jensen and Dellis Walk, parents Ernest and Ella Badenschier, and grandchild Michael Dingmann.