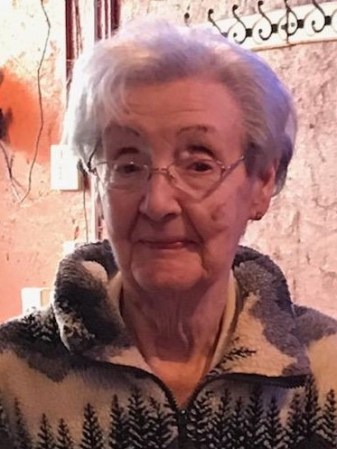 Maxine was born Feb. 16th 1929 in Faribault, MN. to Francis & Lorretta (Bradley) Paquette. She grew up in Faribault and graduated from Bethlehem Academy.

On April 2nd, 1949 She was united in marriage to Arthur A Huinker. Arthur & Maxine moved to Austin, MN where Arthur was from. She was a stay at home mom, till her children became old enough.

She then became a bartender starting out at Tommy’s Supper Club, and other businesses until she settled in at the American Legion. Being a bartender was her enjoyment. If you were a regular, she always remembered your refreshment and served it up asap. They say, She is the Best Bartender in Austin. She enjoyed socializing with her customers, this was her love, and she did it until the age of 83.

Then Retired, till Dementia took over and spent the last 3 years of her life at St. Mark’s Lutheran Home. The staff took excellent care of her. We cannot say enough good words for the staff at St. Marks.

She is preceded in death by her Husband, Arthur A. and two sons, Wayne, A. & Patrick F.

A Funeral Mass will be celebrated at 11:00 am on Tuesday, Dec. 6th. 2022 at Mayer Funeral Home with Father Leif officiating. There will be a 1 hour visitation at Mayer Funeral Home starting at 10:00 am. Burial will take place at Grandview Cemetery in Austin, Minnesota after funeral services.