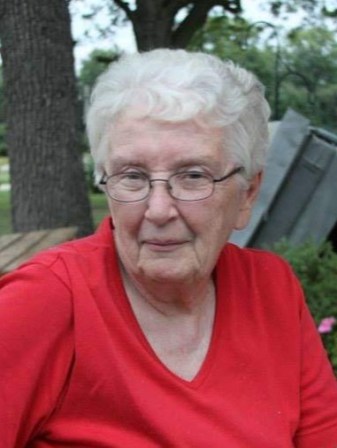 Margaret Teresa Ferris, age 80 of Austin, Minnesota, passed away on Thursday, December 8, 2022, at Our House Senior Living – Austin Memory Care. Margaret was born November 22, 1942, in Blooming Prairie, Minnesota, to John and Josephine (Popelak) Burke. She graduated in 1960 from Austin High School. On December 29, 1961, Margaret was united in marriage to Marshall Ferris in Marin, California and together raised three children. She worked for Land O’Lakes – Schweigert Foods for more than 35 years. Her hobbies included gardening, sewing, canning, and baking. Family meant the world to Margaret, and she enjoyed attending many of her grandchildren’s activities. She was the glue to the family; everyone called her granny, even those who weren’t family. Margaret was known for her good sense of humor and wearing funny t-shirts. Margaret will be dearly missed by all who knew and loved her.

A memorial service will be held at 2:00 p.m. on Thursday, December 29, 2022, at Worlein Funeral Home Chapel in Austin. Visitation will take place from 12:00(noon)-2:00 p.m. prior to the service. Interment will be in Calvary Cemetery, Austin. Worlein Funeral Home of Austin is assisting the family with arrangements. Condolences may be expressed to the family online at www.worlein.com.