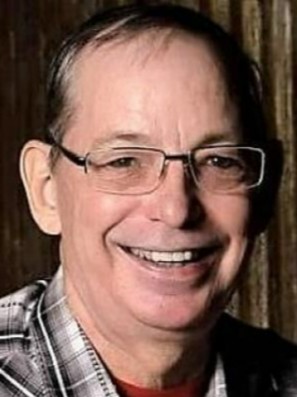 He was born April 12, 1955, in Osage, Iowa the son of Melvin and Bettie (Hill) Thome. He graduated from Adams High School in 1973 and attended Iowa State University, Ames, IA.

On April 20, 1974, he was united in marriage to Shirley Eberline at Sacred Heart Church. Jody farmed with his father for several years before moving to Pennsylvania. He started his own business where he developed feed and fertilizer formulas and later moved back to Minnesota.

Jody loved anything related to agriculture, gardening, playing the guitar, and boating. He was very active in FFA and 4-H, receiving several honors and recognition for his work. He loved the water, boating, waterskiing, fishing and just sitting by the fire. Jody loved spending time with his family and friends, as well as his dog, Holly Joy. He will truly be missed.

A memorial service will be held on Friday, December 30th at 11:30 AM at St. John’s Catholic Church 10343 640th Ave, Johnsburg, MN 55909 with visitation an hour prior to the service. Interment will be in the St. John’s Cemetery, in Johnsburg, MN.

Ranfranz and Vine Funeral Home is honored to be serving the Thome family; to share a special memory or condolence please visit www.ranfranzandvinefh.com.