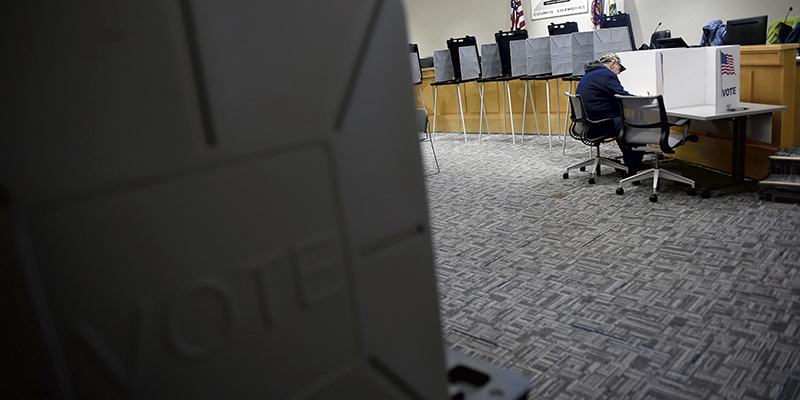 A voter casts his vote this past election at City Hall. Eric Johnson/photodesk@austindailyherald.com

ST. PAUL — Election officials said they found no problems with vote-counting machines in Minnesota when they conducted a series of hand counts to verify that the machines accurately reflected how people voted.

Minnesota has required all counties to hand-count ballots in a few randomly chosen precincts since 2006. During the hand count, election judges make sure their tallies match those recorded by vote-tabulating machines used on Election Day. David Maeda, director of elections for the secretary of state’s office, said they did not find any significant issues.

“When the law was written, we really did try to find a sweet spot between creating a lot of extra work for the counties after the election, but counting enough ballots where any issues would be caught,” Maeda told Minnesota Public Radio.

Some counties decided to count more precincts or races than required after some residents and outside activists raised questions about the accuracy of vote-tabulating machines.

“I think it should show the transparency and the trust that people should have in the process,” she said.

Anoka County added two more precincts for a total of six, elections manager Tom Hunt said. As with other counties, he said, the hand counts matched the machine tallies almost perfectly except for a few mismarked ballots. But he said he knows the review won’t convince all the skeptics.

“They really want us to hand-count all of the precincts, and that’s their aim,” Hunt said.