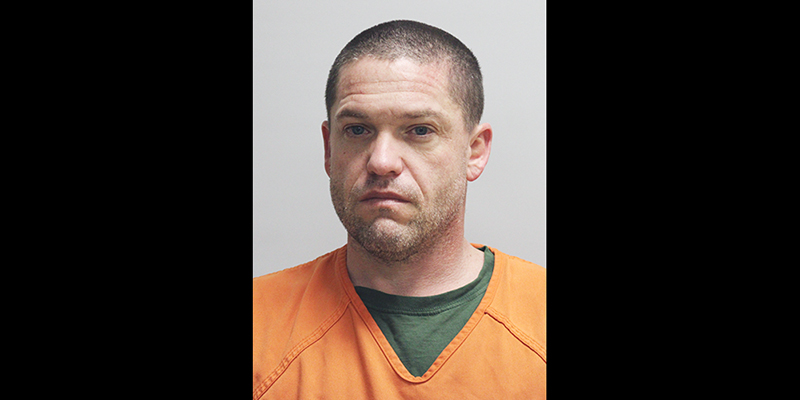 A Grand Meadow man has been charged with several felony and gross misdemeanor counts following a search of his home earlier this week by the Mower County Sheriff’s Office.

Nicholas Adam Sneed, 45, was arrested and has been charged with six total felony charges and three gross misdemeanor charges related to drug possession and being a violent felon in possession of a firearm and ammunition.

He made his first appearance in Mower County District Court late Thursday morning.

According to the court complaint, deputies executed a search warrant of the home Sneed lived in the 500 block of Elliot Drive SE in Grand Meadow at around 9:33 a.m. on Tuesday morning.

An adult female answered the door and told deputies Sneed was not at the residence, however, when presented with the warrant she called for Sneed who emerged from the garage.

During the search, deputies discovered a laundry list of drugs and drug paraphernalia throughout the house and garage as well as  a Ruger 1022 .22LR rifle in a gun safe, a .45 caliber pistol and multiple rounds of ammunition and firearm magazines located throughout the residence.

Sneed’s next court appearance for this case will be on Jan. 9, 2023 for an initial appearance.

However, on Friday Sneed made another appearance to face three gross misdemeanor charges of interfering with privacy – installing or using a surreptitious device. He will also make an initial appearance on this charge on Jan. 9.