Forward to the Future 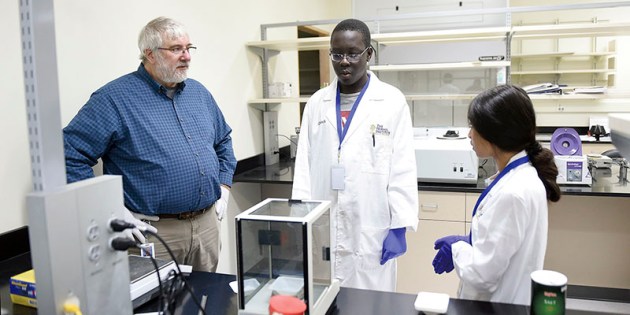 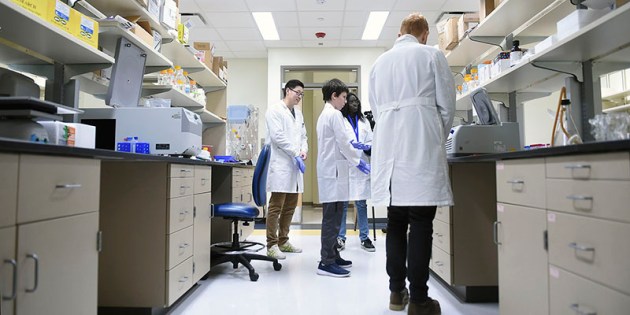 Students and scientists come together at The Hormel Nature Center through the Young Scientist Program with the hope that more students will consider taking up science as a career path. Eric Johnson/photodesk@austindailyherald.com 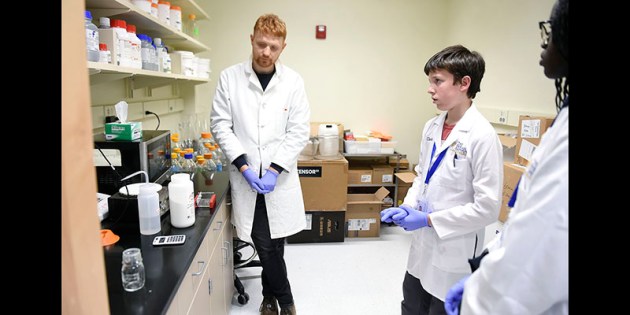 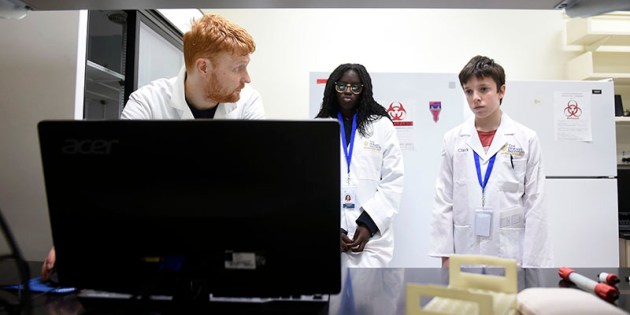 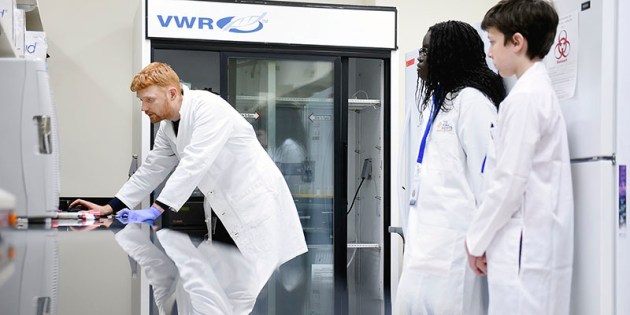 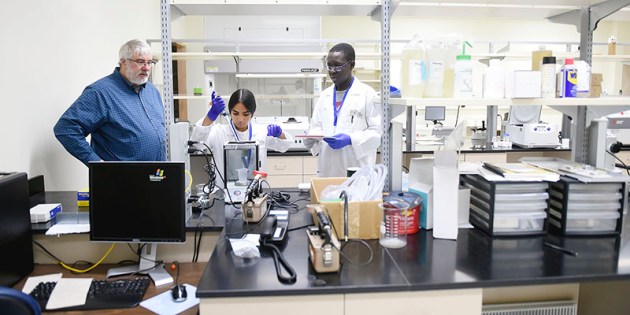 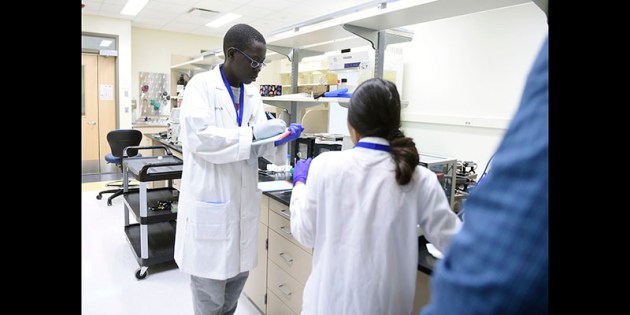 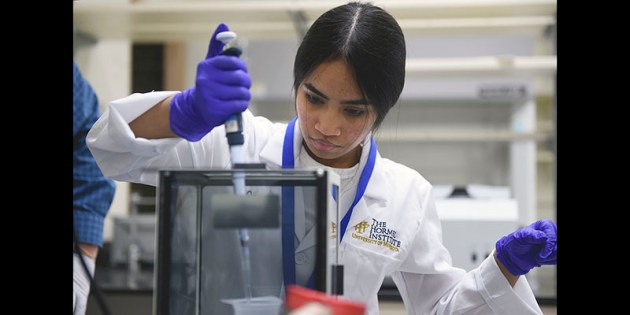 It was a busy day at the Hormel Institute on Wednesday.

In one lab, Todd Schuster, Institute core facility manager, was leading students Qu-Mikalania and Ojwock Omot through the process of familiarizing themselves with scientific equipment and process.

Next door in the lab of Dr. Bin Liu, more students were going through some of the same steps they will utilize on their scientific journey through an innovative new program that opens the world of science to Ellis MIddle School and IJ Holton Intermediate School students.

The Young Scientist Program, in its first year, will pair these students with scientists at The Hormel Institute in mentorship and internship rolls that will see them working alongside the scientists.

“The long term goal is for students with an interest in science to see the many different ways science intersects with their lives,” said Ellis Principal Dewey Schara, explaining that students in sixth, seventh and eighth grade are starting to formulate thoughts of the future. “That’s when students start moving from concrete thinking to formal. They are starting to have those long term goals.”

The program was made possible by a grant from Paul and Joann Worlein with the determination that the money go toward education. The Institute began working with Schara to determine what that might look like and the end result was a mentorship and internship model.

“They would have hands-on lab experiences so students would have the opportunity to learn from a mentor,” said Institute Outreach Coordinator Kelly Vincelette. “Expose them to science so it’s more likely they try to go into those careers and be interested in science.”

Initially, Schara set a goal of trying to get 30 students, evenly spaced across the grade levels, signed up for the program. In the end, the program has 22 students.

However, it wasn’t a matter of simply signing up for the program. In an effort to treat the experience as much like the real world as possible, students had to apply to be a part of it.

“They are being treated as a professional,” Schara said. “We want them to be shooting for the moon when they get out of high school.”

“We really wanted to make it as real a job as possible,” Vincelette said. “In order for students to go into the labs they had to have training. They had to do the training like a new employee had to do.”

The program began in November with student’s first visit to the Institute, followed by Wednesday’s second visit. When completed, the program will have taken students through to May where they will have the opportunity to share with family and staff what they learned during their time at the institute.

A major part of the program was to ensure that all students had the opportunity to take part. Aside from evenly spreading the number of students across the grade-levels, Schara said that he also wanted to make sure that girls were adequately represented.

“We had a large number of young women apply to be in the program,” Schara said. “We know research shows as the young women move to seventh, eight, ninth, 10th grade, for some reason it drops off.”

Ellis Middle School student Luka Chumba was one of those students taking part in the program. She said that she relished the opportunity to explore what the Institute had to offer.

“I heard about the science of internship opportunity,” she said. “I thought it was just cool to work in science in The Hormel Institute so that’s why I personally joined.”

With an eye toward being a chemist or biologist in the future, Chumba said that so far the program has been worthwhile.

“It’s awesome,” she said. “The first day we were just getting introduced with tutorials. This time we actually did stuff, which was fun.”

She is also hoping that this provides the necessary background knowledge for her interests, which is the light-bulb moment both educators and scientists are looking for.

Vivik Verma, PhD., assistant professor and lab lead of the Immunology and Cancer Immunotherapy and Metabolism lab at the Institute, is one of the scientists helping to advocate for the next generation of scientists.

“They are the future of science. I think they are very bright,” he said. “To have them exposed to various techniques, various scientific concepts really early when they are coming from schools, that is usually very good to get them interested in science. We need good people coming into various field.”

While none of the students will be solving the cancer problem by May, Verma said that important first step requires students to get an early idea of the processes.

“It is never too early to start,” he said. “The inquisitiveness and the interest comes even earlier than this, so them being interested in this and the hands-on experience gets them more interested and leans them more toward science. It is good to start them early.”

Running underneath the program is also a goal of familiarizing the students with their own community. It runs hand-in-hand with opening the world to the students.

“There’s two benefits,” Schara said. “No. 1 is for them to understand what a great community they live in. Bigger than that is to broaden their horizons into all of the ways science broadens their lives. They are going to learn about many different areas of science. Engagement with math, engagement with what research looks like, engagement in what our professional environment looks like.”