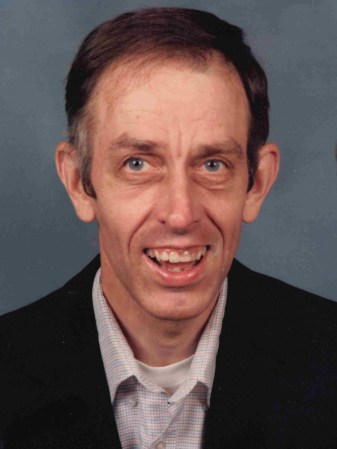 Dwayne T. Weis, 81 of Austin, Minnesota, passed away peacefully with his loving sister Elaine at his side, on Wednesday, December 14, 2022 at the Mayo Clinic Health System in Austin.

Dwayne Thomas was born May 24, 1941 in Austin, Minnesota to Raymond T. and Elizabeth (Kasel) Weis.

He grew up in Austin and attended Queen of Angels Parochial School, Austin High School, and Day Activity Center in Austin. Early on he lived with his parents, then later with his wonderful foster mother Diane Hansen. Following Diane’s retirement, Dwayne resided with REM in Austin until his passing.

Over the years, Dwayne was employed with Cedar Valley Workshop. As a Cedar Valley employee, Dwayne cleaned at the Austin Senior Center and the Mower County Courthouse. His last job with Cedar Valley was on a project for Hormel Foods. He was so very proud to have worked at Hormel just like his father before him.

Dwayne’s laugh and smile were infectious. He enjoyed life with family and friends, and looked forward to holidays with family, and fishing trips to northern Minnesota. He was fond of riding his bike around his neighborhood, and beating his siblings, nieces, nephews and friends at pool. Dwayne also enjoyed participating in Special Olympics, bowling leagues at Echo Lanes, electric model trains, pinball, tinkering with mechanical things, and attending KC Bingo each week with his mom. He was proud to have volunteered his time as a bell ringer for the Salvation Army Red Kettle Campaign. Dwayne was an avid traveler; from the Atlantic to the Pacific and across Canada, he was able to visit special places from Niagara Falls to the Grand Canyon and so much in between.

Dwayne is survived by his sisters Elaine Leif and Cindy Enfield (Mike), both of Austin; brother David (Lois) Weis of Akron, Ohio; many cousins, nieces and nephews and their families.

Special thanks to the wonderful staff, doctors, nurses, therapists, and his entire team for their excellent care provided to Dwayne during his hospitalization. Dwayne’s family is grateful for the loving care given by Diane Hansen, Joyce Flaherty, Gage Winfield and all his caregivers during his life.

Mass of Christian Burial will be held at 11:00 am on Tuesday, December 27, 2022 at Queen of Angels Catholic Church with Father Gregory Leif officiating. Visitation will be held on Monday, December 26th from 3:00 to 6:00 pm at Clasen-Jordan Mortuary, with a 5:30 parish prayer service. Visitation will continue on Tuesday morning for one hour prior to Mass at Queen of Angels. Interment will be at Calvary Cemetery.