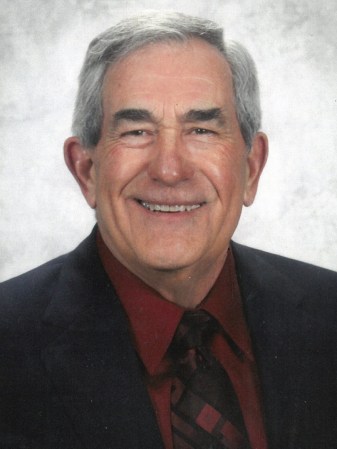 Donald “Don” Richard Fox, age 86 of Austin, Minnesota, passed away on Wednesday, December 28, 2022, at The Cedars of Austin. Don was born March 26, 1936, in Minneapolis, Minnesota, to Peter and Noreen (Doole) Fox. He grew up in Rochester and was a 1954 graduate of Rochester Lourdes High School. Following high school graduation, he attended the University of Detroit in Detroit, Michigan, where he earned a degree in education and played football. On June 15, 1957, he married Marlene Walsh at St. Pius X Catholic Church in Rochester, Minnesota.

Following his college graduation, Don taught and coached football in the Detroit area. In 1965, he continued teaching and coaching football in Sioux Falls, South Dakota. While in South Dakota, Don obtained a master’s degree from South Dakota State University in counseling. In 1970, he began a long career at Austin High School and continued his education through Mankato State University earning a master’s degree in education. In addition to teaching physical education and coaching varsity football and track, he also served as the Austin High School assistant principal for eight years and interim athletic director for one year. In 1993, Don made the move to elementary education when he became principal at Southgate Elementary until 1998. Although technically retired, there still was a pull that kept him coming back to education. He served as interim principal at Sumner Elementary for three months during the 2003-2004 school year, and in 2008, Don was elected to the Austin School Board where he continued to serve until 2020.

Don coached Austin High School football for 16 years which included three Big 9 championships. He was a member of the AHS Athletic Hall of Fame, Lourdes High School Hall of Fame, and the State Football Association Hall of Fame. He also served as coach for the South Squad Minnesota All-Star Game.

Don gave back to the Austin community in many ways as well, including serving as a dedicated Salvation Army bell ringer, Karl Potach Golf Tournament volunteer, member of the Austin Park and Recreation Board, Austin Public Education Foundation Board member, ARC volunteer, Special Olympics volunteer, Paramount Trustee volunteer, and Pillar of the City Committee, among others. He was also the first Mower County Teen Court Judge. In his free time, Don enjoyed golfing.

Don’s years as a valued teacher, administrator, coach, school board member, and community volunteer, led to the naming of the practice field on the east side of the Wescott Athletic Complex in his honor on August 9, 2021.

A Memorial Mass and visitation originally planned for Monday, January 2, 2023, at St. Augustine Catholic Church in Austin has been postponed and will be held at a later date. Interment will be held at a later date in Calvary Cemetery, Rochester, Minnesota. In honor of Don’s love for the color red and the Austin Packers, his family invites you to wear red to his services. In lieu of flowers, memorials are preferred to The Cedars of Austin – Memory Care, REM Woodvale, Cedar Valley Services, or LIFE Mower County. Worlein Funeral Home of Austin is assisting the family with arrangements. Condolences may be expressed to the family online at www.worlein.com.