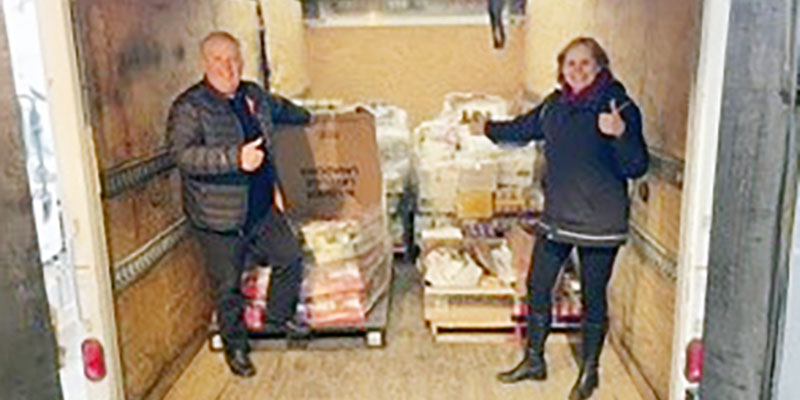 Austin City Administrator Craig Clark and Mower County Administrator Trish Harren stand with food collected during the annual food drive held between the two entities. This year it was the county that came out on top in the good-natured competition. Photo provided

At some point in the near future, a representative of the City will have to stand before the County Commission and admit defeat.

For the first time in 12 years, it will be the county basking in the win of the annual food drive competition between the two. During those 12 years, the county has had to go to a City Council meeting and present a plaque marking the city as having come out on top.

Throughout the drive there is good-natured ribbing, which continues into the weighing of the food and the days following when the winner is named.

However, at the end of the day it’s the Salvation Army that truly wins the competition. Since 1993, over 67,000 pounds has been gathered through the drive and donated to the Salvation Army, allowing the continued support of those less fortunate in the community.

It’s a fun way to do a good thing for people during the holiday season. This year, city and county employees came together to gather 5,055 pounds of food, a worthy haul going to a worthy cause.